True Meaning of ‘Fallacy of Composition’ Explained with Examples

Fallacy of composition is an error in reasoning, which occurs when we try to assign the characteristics of an individual to an entire group, and conclude that they are similar, when in fact, they are not. 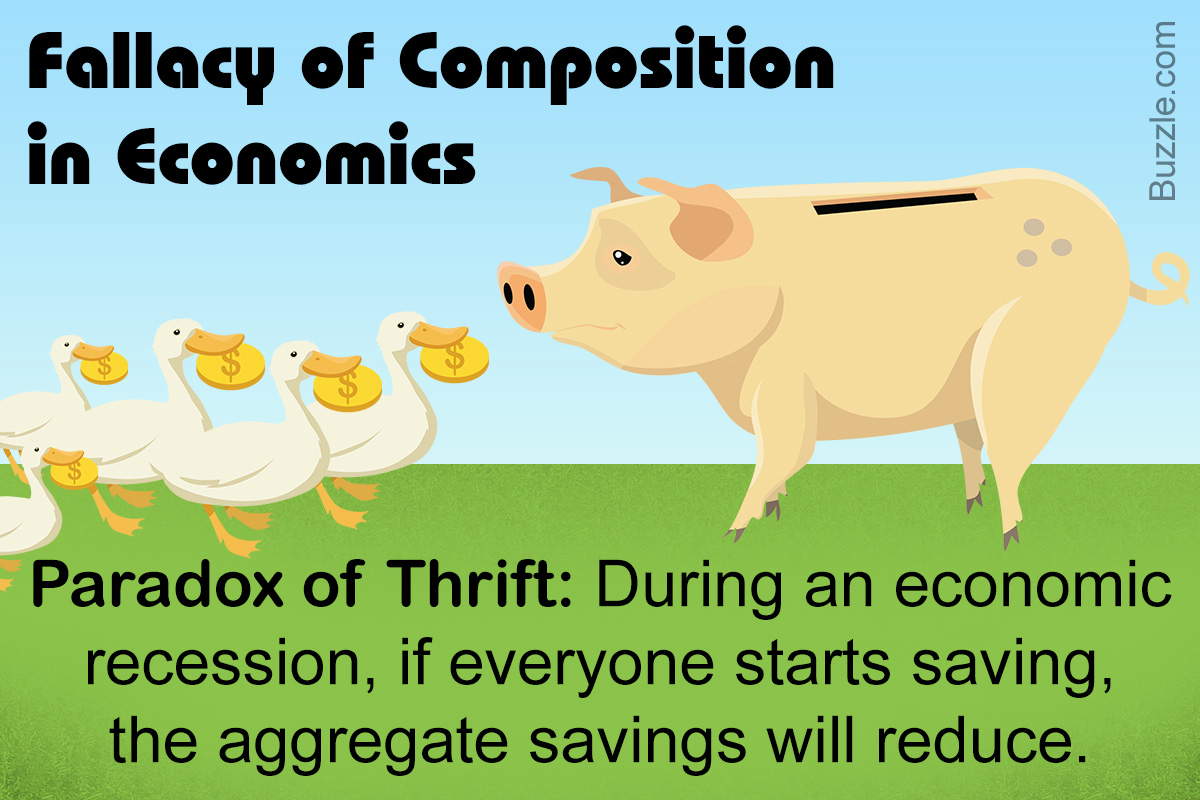 Fallacy of composition is an error in reasoning, which occurs when we try to assign the characteristics of an individual to an entire group, and conclude that they are similar, when in fact, they are not.

“We are most often inspired and motivated by fallacy rather than logic.”
―M.F. Moonzajer

For example, Kate likes strawberries, burgers, rice, butter, carrots, and cereals. However, imagine that you blend all these items together, and present a dish to her. Just because she likes these individual items, does not imply that she likes the combination of all these food items.

Examples That Illustrate the Fallacy of Composition

➥ Martha, Charles, and Pete are great cooks. That does not imply that when they cook together, they will be great as a team. Perhaps, the old proverb might hold true: Too many cooks spoil the broth.

➥ Two actors might be wonderful as individuals. However, when they perform together, it is not that appealing to the audience. That is when we say that their on-screen chemistry is not that good.

➥ You might have experienced some examples of this fallacy in real life too. For example: You have to attend a concert of a famous rock star at 5 pm. You rush early to get a spot near the stage. However, you realize that everyone has thought in the same manner and reached early. Thus, your effort was in vain.

➥ Another example is the prisoner’s dilemma, wherein, when both the suspects confess, they have to share the punishment, whereas, if only one confesses, he will be excused from any punishment.

Fallacy of Composition in Economics

In the field of macroeconomics, fallacy of composition is a common phenomenon. Here are a few examples.

This concept was popularized by economist John Maynard Keynes. Individual savings are considered to be good, especially during the time of recession. However, one man’s income is another man’s expense. So, if there are more savings, there will be less income for the other person. Hence, if everybody starts saving, there will be less demand. Lesser demand implies lesser consumption, lesser production, and lesser job opportunities. Thus, it will worsen the recession, and the total savings will automatically reduce.

Criticism: There are certain valid counter arguments over this paradox. If individuals save and deposit this in a bank, it will increase the bank’s lending capacity, and it can thereby be let out in the market again. Thus, if savings are invested and brought into the market again, this paradox will not hold true.

An economic decision that worked successfully for a state might not work well for the entire nation just because a state is a part of the nation.

‘Free Rider’ is used to describe those individuals in an economy who enjoy public resources either free of cost, or simply by consuming a larger share than what they have paid for. However, if all the individuals turn out to be ‘free riders’, there will be no resource to ride free on. Hence, as a composition, the free rider problem does not work at all. For example, in a residential building, a person does not pay the maintenance charges, but still enjoys the benefits at the expense of others. However, if all the inhabitants become free riders, no one gets any benefits.

Deficit Spending and Fallacy of Composition

The fallacy caused by government spending is one of the most talked about subjects in the media. Suppose a household spends USD 5,000 against an income of USD 4,900, it has a deficit of USD 100. A rational person will say that in order to curb this deficit, the household has to cut its expenses by USD 100. However, it is not as simple as that in case of an economy. If the government has to reduce its deficit by spending less, it will have many repercussions. With reduction in spending, there will be less growth opportunities for private individuals. With reduction in private wealth, there will be a reduction in taxes. Thus, if the reduction in government spending is too stringent, the government might end up increasing its deficit due to a fall in its income. Thus, what holds true for a household will not hold true in case of an economy.

We hope that the above examples have helped you understand the meaning of ‘fallacy of composition’. This fallacy has close similarity with the ‘fallacy of faulty generalization’, in which you draw a faulty conclusion about the whole population on the basis of a sample which is too small to represent the entire population. 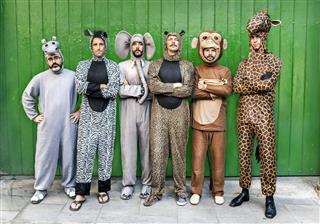 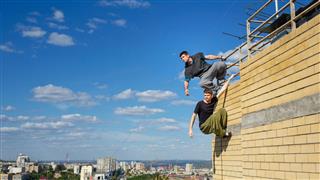