More and more countries, states, and nations are beginning to broaden their understanding of psychedelic medicine. One of the most commonly-studied medicines is psilocybin – the active compound found in magic mushrooms. Both recreational users and medical patients have found immense benefits in the use of psilocybin nasal spray.

This article explores the use of psilocybin nasal spray – its benefits, applications, and legality.

What Is Psilocybin Nasal Spray?

Psilocybin is the active compound found in magic mushrooms. It causes a number of effects in the human body. In high doses, it produces a noticeable form of intoxication marked by visual and audio distortions, changes in cognition, and mood elevation.

For years, users of psilocybin report that it can produce long-lasting improvements for conditions like depression, anxiety, and PTSD. However, not everyone is willing to undergo the intoxication to experience these improvements.

In smaller doses, known as microdoses, psilocybin can still produce many of these benefits. Many researchers and doctors are now beginning to recognize the importance of microdosing psilocybin for helping to treat various conditions.

The laws surrounding the use of psilocybin vary from country to country, state to state. In the United States, a movement to decriminalize psilocybin began in the 2010s. This movement continues today and has led to its decriminalization in a number of states including Oregon.

Some countries such as Brazil and the Bahamas have completely legalized psilocybin.

You will have to do your own research to determine whether or not psilocybin is legal in your country or state.

Psilocybin nasal spray administers a small dose of psilocybin. This can help with:

These are just some of the benefits you might get from using psilocybin. As medical research in this area progresses, we will learn of more possibilities.

Psilocybin has been popular for many thousands of years to help facilitate spiritual and personal growth. Now, the medical community is starting to recognize that these benefits can expand to help people with mental health issues.

Furthermore, plant medicines continue to provide medical benefits, just as they have for millenia. There has been an increasing interest in the use of Ayahuasca for medicinal purposes. Ayahuasca is a traditional shamanic brew used in South America to facilitate spiritual experiences. Learn more about it here. 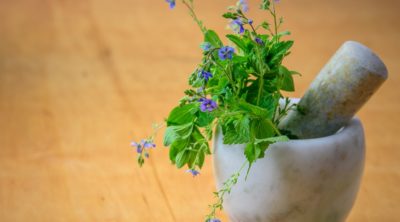 The Magic of Ayahuasca Depression Treatment