The sleeper effect is a commonly observed psychological phenomenon that helps us understand and explain perception and change in attitudes of people with regards to other people, products, entities, etc. This piece elaborates on this effect in order to make the topic easy to grasp. 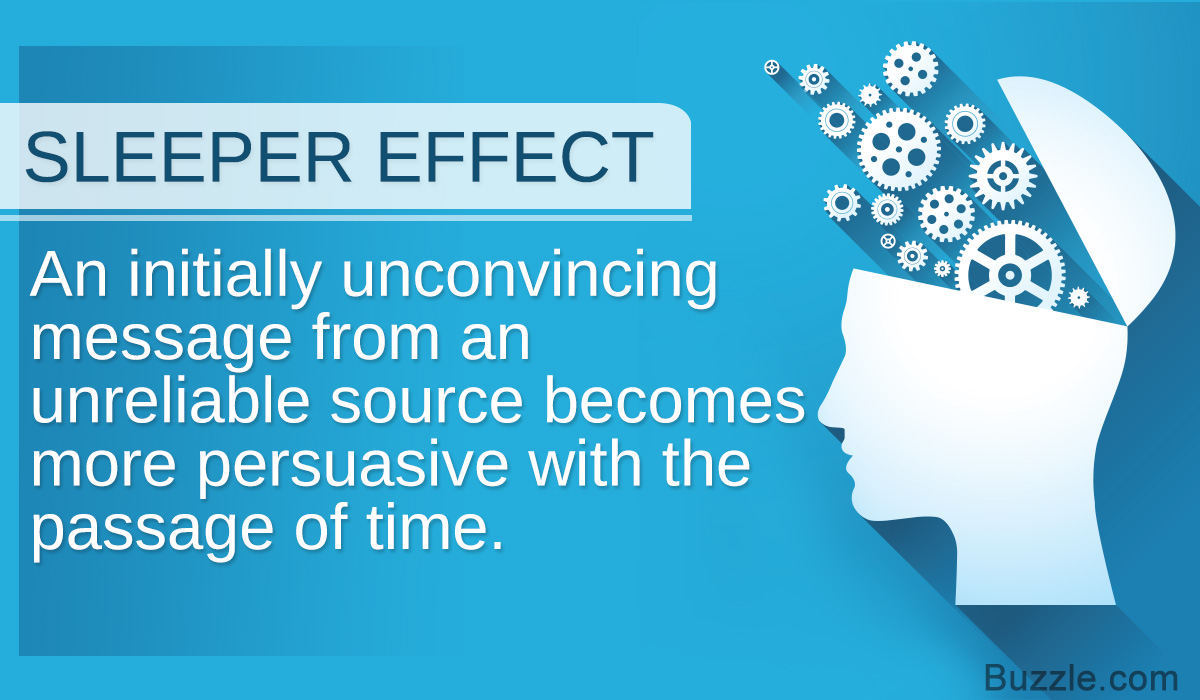 The sleeper effect is a commonly observed psychological phenomenon that helps us understand and explain perception and change in attitudes of people with regards to other people, products, entities, etc. This piece elaborates on this effect in order to make the topic easy to grasp.

The sleeper effect was discovered by Carl Hovland, Arthur Lumsdaine, and Fred Sheffield in 1949, in the course of their study that examined the impact of a World War II propaganda movie on American soldiers.

During World War II, a series of documentary films were commissioned by the US government in order to explain to the American soldiers the reason behind the involvement of US forces in the war. Carl Hovland and his colleagues were curious to study the long-term effects of such propagandized messages. During the course of their study, they found that the soldiers initially dismissed the information in the films, as it was clearly part of a propaganda, and hence, was not a very reliable source of information. When reexamined after a substantial period of time, the researchers were astounded to find that, instead of an increase in the rejection of the information, the soldiers showed an increase in its acceptability. This led Hovland and his colleagues to posit that, the passage of time had caused the soldiers to forget the source of the information, and in turn lead to the acceptance it. This was the first documented instance of the sleeper effect.

Normally, the persuasiveness of information gradually decreases over a period of time. Often, this information is associated with cues such as source credibility and morality. Some of these cues are positive, while some are negative. Messages accompanied by positive cues are usually readily accepted and believed by people, while those associated with negative cues (discounting cues) are viewed suspiciously and sometimes even dismissed.

However, it has been observed in many studies that despite the initial rejection of the message, people tend to get persuaded over time, leading to an increase in the acceptance of that message. This phenomenon of delayed persuasion is called the sleeper effect.

However, for the sleeper effect to manifest, three basic conditions must be met. They are:

It must be noted that the effect is seen to disappear if the audience is reminded of the source.

How Does It Work?

There exist three hypotheses that try to explain the rationale behind this effect.

The sleeper effect caused Hovland and his colleagues to believe that acceptance was possible due to the non-remembrance of the discounting cue. To test this hypothesis, the researchers conducted a series of experiments which were made up of two sets of people each. Each set was told the same message or information, but one was associated with a highly credible source, whereas the other was associated with an untrustworthy source. Following up on the two groups showed that, initially, the message from the credible source was readily accepted as compared to the message from the unreliable source. After a certain period of time, the subjects were again examined. This examination revealed that there was a significant increase in the acceptability of the message related to the discounting cue. This led to the hypothesis that the effect was observed due to the fact that the subjects had forgotten the unreliable nature of the source. However, later examinations revealed that, despite the increase in acceptability, most of the subjects still remembered the non-credible source of the message.

Due to the limitation of the above hypothesis, the researchers proposed a new theory, one which claimed that the subjects didn’t forget the source entirely, but merely possessed a weakened association with the message, or in other words, the message and discounting cue were dissociated. Since the association of the source and message is weakened over time, so as to be dissociated, recall of the message would not cause the recall of the source as well, thereby causing a delayed acceptance/persuasion, which results in the sleeper effect.

Hovland and his colleagues succeeded in elaborating many facets of this effect, but they managed to ignore one aspect, that is, why the discounting cue was readily forgotten or less accessible, but not the message itself. This query was investigated by Greenwald, Pratkanis, and their team, in a series of experiments designed to determine the specific parameters required for the occurrence of the sleeper effect. Their experimental results suggest that, the message and the cue decay at different rates. After exposure, the effect or memory of the cue degrades or decays much faster, as compared to the effect of the message. Also, interestingly, the sequence of the cue and message also played an important role in bringing about the sleeper effect. The effect was seen only in cases where the cue followed the message and reinforced the message content.

➠ During political election campaigns, often, the candidates of the opposing party are targeted via negative remarks, advertisements, or news. This largely affects the undecided voters, who initially dismiss these occurrences as being slanderous attempts, but later, due to the sleeper effect, retain only the memory of the message but not the source, causing them to vote against the defamed candidates.

➠ Young children of divorced parents, who show no signs of mental stress or trauma as a result of the divorce, often exhibit difficulties regarding relationships, trust, and intimacy during early adulthood.

➠ The prevalent idea that autism is caused by MMR vaccines is due to the sleeper effect caused by an unreliable source in the form of an incorrect scientific study.

➠ The sleeper effect is evident in the case of word of mouth marketing. Product reviews are often spread this way. It may either be a friend telling you about it, or a salesman. The same can occur on websites and forums as well.

➠ Reading about facts, statistics, or anecdotes from an unreliable source may also result in the presentation of this effect.

➠ Social media applications can act as platforms for the propagation of untruths or propaganda against or in support of an individual or entity.

The only effective way to overcome any and all effects of the sleeper effect is to question and investigate the source of your knowledge. If a certain piece of information reaches you, you must determine the soundness of the source, and verify the validity of the information before applying it in any way.