Explanation of the Popular Butterfly Effect With Fluent Examples

'The Butterfly Effect' is a very popular terminology, which states that minute changes can hugely impact events in the long run. Who created this term and where does it originate from? PsycholoGenie provides an explanation to these questions with the help of examples.

‘The Butterfly Effect’ is a very popular terminology, which states that minute changes can hugely impact events in the long run. Who created this term and where does it originate from? PsycholoGenie provides an explanation to these questions with the help of examples. 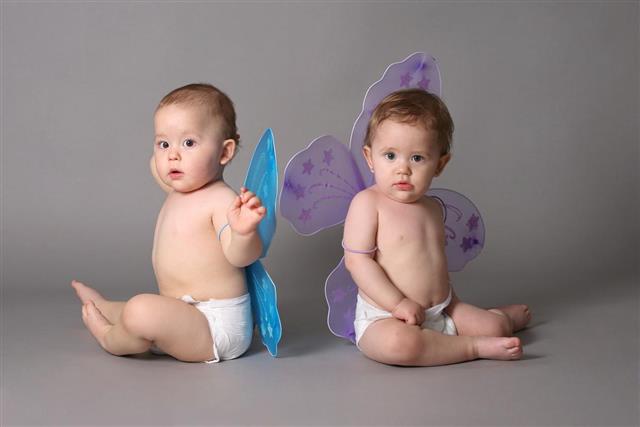 “Each one of us is like that butterfly the Butterfly Effect. And each tiny move toward a more positive mindset can send ripples of positivity through our organizations our families and our communities.“
― Shawn Achor, The Happiness Advantage: The Seven Principles of Positive Psychology That Fuel Success and Performance at Work

The breakthrough discovery by meteorologist Edward Lorenz was popularly known as the ‘butterfly effect’, which stated that something as small as a single flap of a butterfly can cause a big change in the weather of a place somewhere else. Today, this concept has become so famous, that it is used as a metaphor in psychological thinking.

If you’re a fan of time travel movies, you might be aware of the classic 1985 movie ‘Back to the Future’, where a teenage boy struggles to make alterations in the past, so as to help his father regain his lost confidence, and make his mother alcohol-free. He helps his father stand against a bully, and makes his mother fall in love with his father again. Thus, he brings out a drastic change in his parent’s present. Though the concept was quite naive and silly, it suggests that little things can have a bigger impact on our future. A bully could create a drastic change in the protagonist’s father’s life. The butterfly effect talks about this on similar lines. Though it is originally based on the Chaos Theory, which was a purely scientific theory by Edward Lorenz who studied the impact on climate due to a single flap of a butterfly’s wings, it is today incorporated in psychology and thinking, too. A single flap can create a storm or a hurricane somewhere else.

As per Merriam Webster, the definition of Butterfly Effect is: A property of chaotic systems (as the atmosphere) by which small changes in initial conditions can lead to large-scale and unpredictable variation in the future state of the system.

The butterfly effect is a phenomenon which has evolved from the Chaos Theory. In metaphorical language, it means that a small change can give rise to a big tidal wave.

The theory suggests that a minor change in the environment can bring about a phenomenal and drastic change in the environment and the weather. Of course, this mathematical theory gave rise to what is today called the ‘butterfly effect’. Its inventor, Edward Lorenz, was unaware that the term which he had coined would become such a popular term in psychology and thinking. During an experiment, Lorenz found out that climatic changes are sensitive to many conditions, and hence, it is difficult to correctly predict them. He concluded that a simple movement like that of a flapping of a wing by a butterfly gives rise to a tornado somewhere else.

As bizarre as it may sound, if I say that a butterfly flapped its wing in Brazil, and a tornado took place in Chicago, that’s what the theory states. Note that the butterfly in Brazil did not directly cause the tornado. A flap is simply a change in the present state, which gives rise to further events. Once that chain is complete, which the butterfly started, a tornado takes place in Chicago. In short, perturbations created by them give birth to a major happening.

Of course, this is a very complex and intriguing theory, that has been met with many criticisms by scientists. First of all, it is not possible to predict which of the butterflies and at what locations have a direct relation in creating a drastic climatic change. Some disagree that something as minor as a butterfly flapping its wing can create such a huge impact, yet, there could be other perturbations that might impact the climate.

What is the Butterfly Effect in Psychology?

In psychology, it can be defined as something that creates a bigger impact on the lives of people. Small thoughts can also lead to big changes. A single pebble thrown in the water can disrupt still water, and create chronicles of ripples. Every creature impacts each other. If a creature dies, his off-springs will not take birth, which will again impact the ecosystem. Every single action of ours and every happening in this universe has an impact on something else. This term was popularized so much, that it has been introduced in literature. Many books and movies have incorporated it.

Book: ‘The Butterfly Effect: How Your Life Matters’ by ‘Andy Andrews’

In this book, the author explains how you and your actions have an impact on others lives. He draws an inference from the theory proposed by Edward Lorenz in 1963 at the New York Academy of Sciences. He goes on to further state that we can change our lives by bringing out small changes in our thinking.

Book: ‘A Sound of a Thunder’ by ‘Ray Bradbury’

This story is set in a futuristic world (2055). Eckels is the main protagonist of the book. In this era, time travel has been made possible, and businessmen pay adventurers to time travel and hunt for animals. However, the company takes precautions so that there is very less impact on the future due to the visit by adventurers in the past, since something as minute as the flap of a butterfly can impact the future.

Eckels joins a hunting group to hunt a dinosaur under the leadership of Travis, who has already warned them to make least possible alterations and not to disrupt the environment. He tells them to stay on the path which is made of anti-gravity metal. He explains that any minuscule disruption in the environment will create its own ripples in the future. Bewildered at the sight of the T-Rex, Eckels gets too nervous to kill it, hence, Travis has to shoot at the T-Rex. Eckels, in his nervousness, moves off-track, which violates the rules that Travis had told them of. Travis is extremely mad at Eckels, and even threatens to kill him.

Back in the present, Eckels discovers that there are lot of changes that have happened. The election results have changed, besides other things. Eckels discovers a crushed butterfly under his muddy shoes. He violated the rule, accidentally caused death of a butterfly, and this has resulted into a drastic change in the future.

‘The Butterfly Effect’ is a story of Evan Treborn, who tries to race against time to alter past events and delete the horrific events of his childhood. This movie emphasizes that a minor change in the past can erase all the horrific things that have had happened in the past.

Have you seen the movie ‘The Wolf of Wall Street’? It is a true account of Jordan Belfort, who managed to defraud millions of customers to his own advantage. This shows how difficult it is to interpret the stock market, since in the end it is a game of numbers, which can be influenced by numerous factors. Belfort simply used the ‘pump and dump’ game to inflate the prices of stocks, and later on sell them, which would then deflate their prices.

This interesting phenomenon has deeply influenced the thinking of many. While we ponder about it, perhaps there is a butterfly flapping its wing in some corner of the world, which can impact our lives here.