The Thomas Theorem of Sociology Explained with Examples

Being one of the most respected and influential theories of sociology, the Thomas theorem helps us understand why certain actions were taken in certain situations, and if they were baseless or not. It was formulated by the American sociologist, William Isaac Thomas. Read on for an explanation of the Thomas theorem, along with some examples.

Home / Uncategorized / The Thomas Theorem of Sociology Explained with Examples 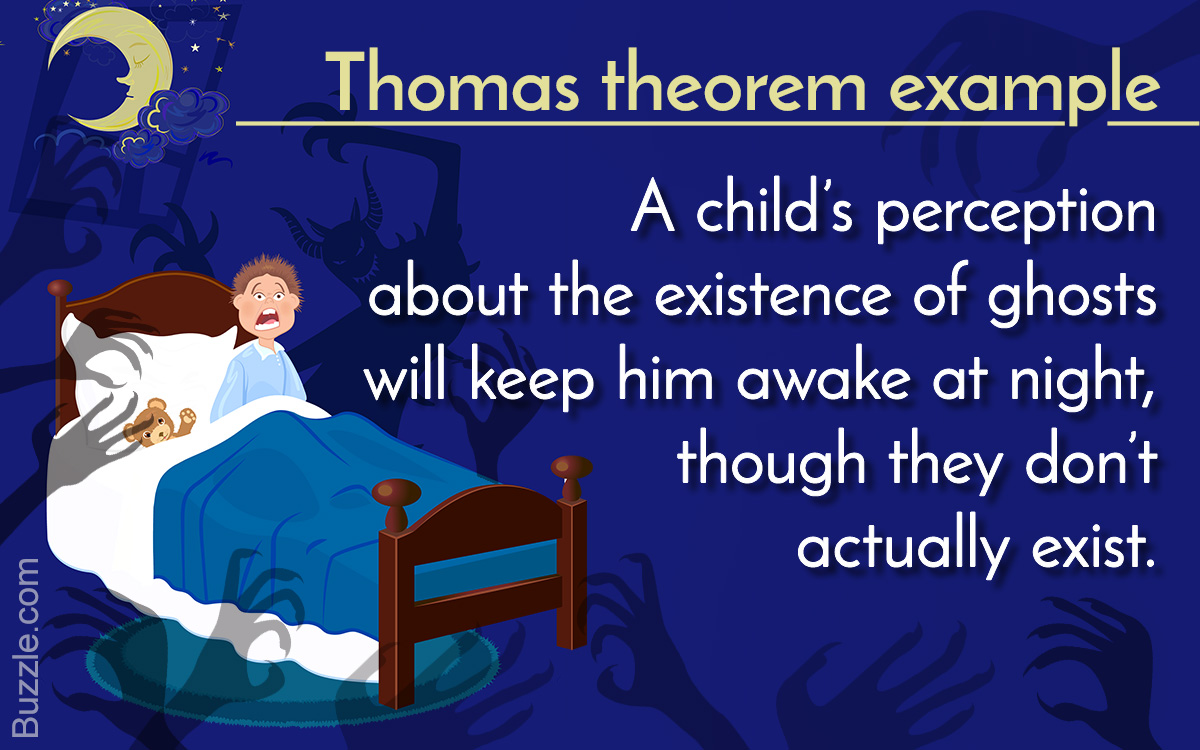 Being one of the most respected and influential theories of sociology, the Thomas theorem helps us understand why certain actions were taken in certain situations, and if they were baseless or not. It was formulated by the American sociologist, William Isaac Thomas. Read on for an explanation of the Thomas theorem, along with some examples.

Did You Know?
Despite his popularity as a sociologist, in the early years of his career, William Isaac Thomas taught English literature, German, Greek, Latin, and Natural History, before he became interested in sociology.

As many of us might know, sociology is an interesting science that studies and analyzes social behavior, social institutions, social norms, and development in the greatest possible detail. It is a relatively newer field of study, and is rapidly expanding by the day. Several esteemed sociologists have formulated theories that help us understand why society reacts the way it does to certain situations, and the amount of influence society has on its members. One such theory is the Thomas theorem.

What Is The Thomas Theorem?

✦ Formulated in 1928, the Thomas theorem is a sociological theory formulated by William Isaac Thomas, and his wife, Dorothy Thomas. The Thomas theorem states that, “If men define situations as real, they are real in their consequences.“

✦ Basically, it means that the outcome of a situation depends upon an individual’s perception of it, and not on the situation by itself. This theory, which has influenced several other sociological theories, was first suggested by the Thomas couple in their book, The Child in America, in 1928.

✦ The Thomas theorem is based upon an observation made during a case study of a mentally ill prisoner. The prisoner violently attacked his fellow prisoners when he saw them talking, as he believed that they were verbally abusing him and calling him names. It did not matter that the other prisoners were doing nothing of the sort, but were merely talking. As the mentally ill prisoner saw their lips move, the belief was etched in his mind that they were insulting him. He did not bother confirming if it was true or not― he based his attack on his individual perception of the situation.

✦ The Thomas theorem actually provides an explanation for the norms and values that society strictly adheres to. Superstitions, actions based upon religious beliefs, recognizing a leader in the crowd, panicking to baseless rumors― all these are instances of the Thomas theorem.

Examples Of The Thomas Theorem

There are many examples of the Thomas theorem that we can spot in our daily lives. The simple statement that ‘if men define situations as real, they are real in their consequences.’ holds true in several instances, some of which whose outcomes have shocked all those who have heard of them.
Example 1

This example is given by most sociology professors― the example of the infamous killing of Trayvon Martin in 2012. Trayvon Martin was fatally shot by a neighborhood watch coordinator (George Zimmerman) in Florida, on the grounds that he “looked suspicious and up to no good.” The truth was that Martin was just heading home from the nearby store after having bought something, and was completely unarmed. Zimmerman had already perceived that the 17-year-old kid was a threat to the neighborhood, and shot him without actually assessing the whole situation as it really was. He based his action on his individual perception of Martin, and not on the reality. Thus, he defined that situation as a threatening one, and reacted accordingly, which had severe consequences.

A child who is told by someone that monsters live in the dark, or under his bed, will actually begin to fear whatever it is that exists under his bed or in the dark. It won’t matter that the “monsters” don’t really exist, and that there is nothing under his bed in reality. The child’s mind strongly believes that he has something to fear in the dark, that something is waiting to harm him, and hence, really begins to fear the dark or his bed. Thus, the situation is defined real only for him, and the consequences of it too are real only for him. The child will continue to get scared of whatever he feels lives under his bed, regardless of the truth.

A teenager might be a little different from the rest― let us assume that he prefers skateboarding to math, and cuts classes a lot to spend time with his skateboard. Society doesn’t approve, for he isn’t the conventional kind of teenager. Slowly, he begins to be classed apart as a rebel, and a deviant. For a long time, the teenager tries to fight the label. However, eventually he begins to act like a rebel and a deviant, as he bases his actions on his belief and perception of himself. He, along with the society, perceive his image as rebellious, and his actions begin to become rebellious in nature, too, though in reality, he isn’t a deviant. He is just different.

The aforementioned examples explain how the perception of a situation has dramatic consequences, regardless of the actual nature of that situation. The Thomas theorem is also closely related to the social construction of reality, and the self-fulfilling prophecy, as we will see in the next sections.

What is the Social Construction of Reality?

✦ For instance, a rich man hires a chauffeur to drive him around whenever he has to go anywhere. The chauffeur is a poor man who has to work hard in order to give his family a decent life. The rich man’s extravagant spending may make him happy, and may be to him his idea of reality. The chauffeur is jealous of the economic gap between the two of them, and cannot believe how much the rich man spends on silly things. For the chauffeur, the rich man’s spending is unrealistic. These two constructions of reality are also acceptable to the society, as there indeed is a divide between the rich and the poor. Thus, social construction of reality does depend upon each individual situation.

What is the Self Fulfilling Prophecy?

The Thomas theorem can help us understand clearly how so many aspects of our lives are nothing but social constructions. It helps sociologists understand certain aspects of social behavior like bias, prejudice, and discrimination and while it certainly does not justify these aspects, it does help us to get a clear, rational perspective so that we don’t easily base our reactions on individual bias or prejudice and don’t react in a way that might hurt someone unnecessarily.