Explanation of the Socioemotional Selectivity Theory With Examples

The socioemotional selectivity theory refers to the change in motivation and priorities of a person as a function of his/her life span. This theory is explained in further detail here.

Home / Uncategorized / Explanation of the Socioemotional Selectivity Theory With Examples 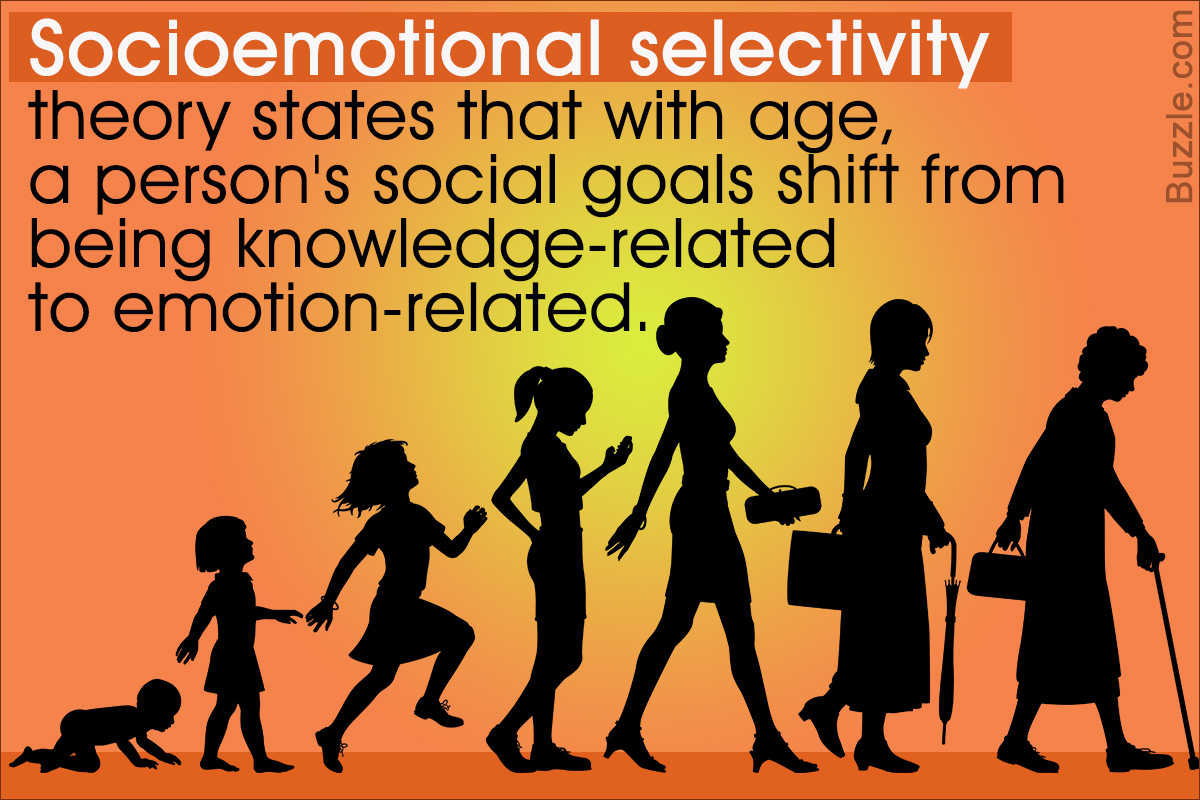 The socioemotional selectivity theory refers to the change in motivation and priorities of a person as a function of his/her life span. This theory is explained in further detail here. 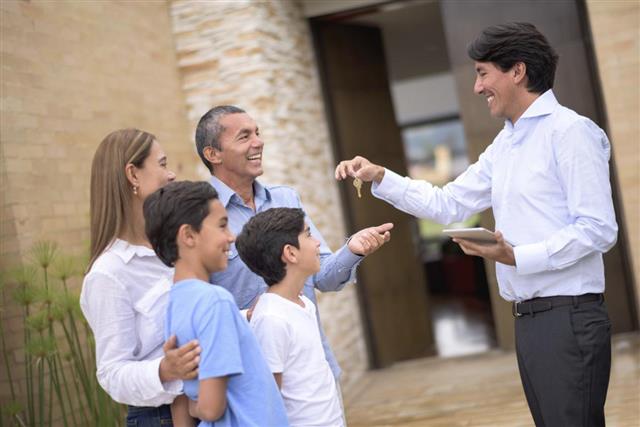 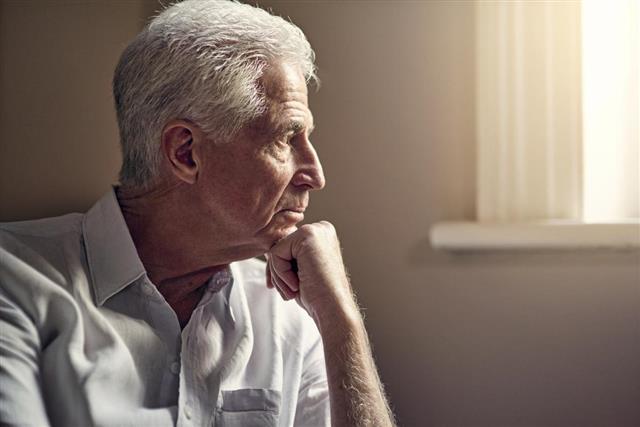 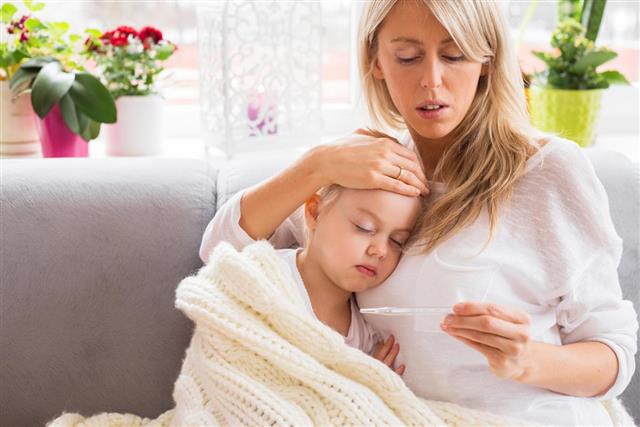 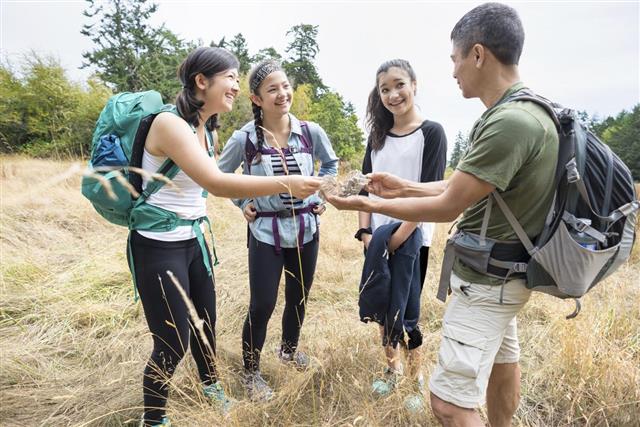 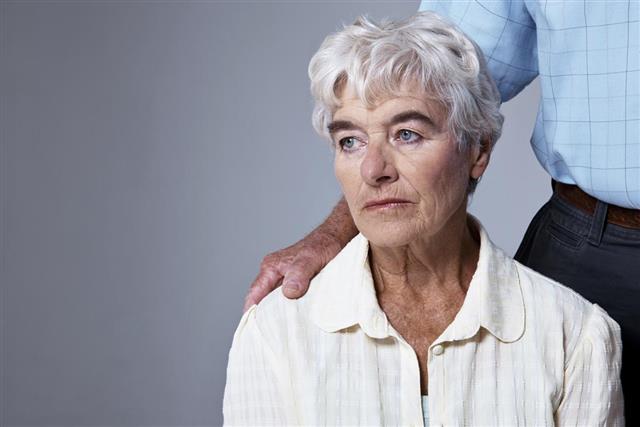 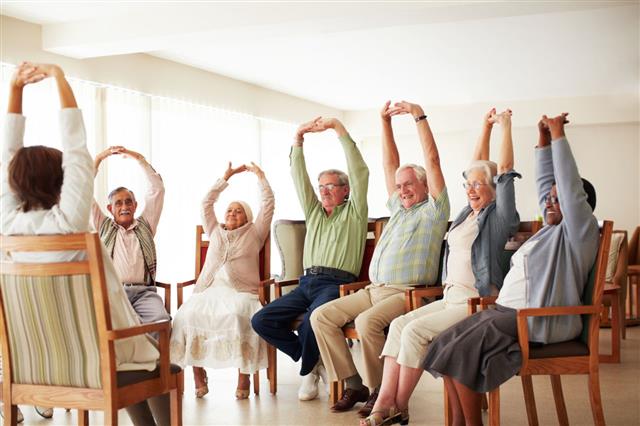 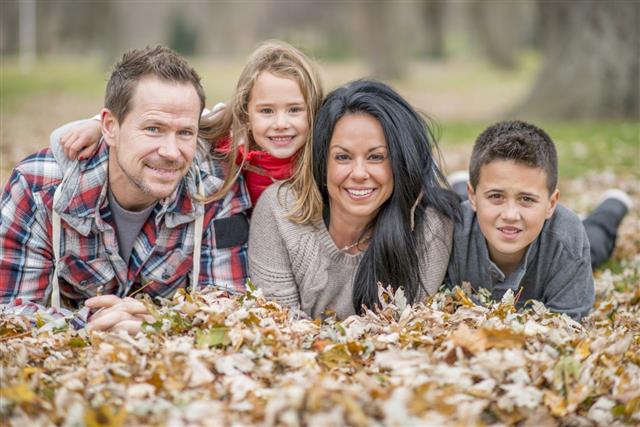 When we recognize that we don’t have all the time in the world, we see our priorities most clearly.
– Laura Carstensen

This theory was formulated and put forth in the scientific paper titled, “Taking time seriously: A theory of socioemotional selectivity”, by Carstensen, Isaacowitz, and Charles in 1999. It was developed by a Stanford psychologist, Laura Carstensen, who described it as being a “life-span theory of motivation.” It implies that as a person ages, he/she becomes increasingly selective with regards to the investment of their time, effort, and other resources. Such a change also brings about a shift in the motivation and cognitive processing of an individual.

This theory was initially put forth as a means to explain the typical decrease in the amount of social interaction that is observed in old-age populations. Prior to the introduction of this theory, two influential schools of thought existed, each based on a unique theory. The first theory was the “activity theory”, posited by Havighurst and Albrecht in 1953, that claimed that the inactivity of old people was a result of the deeply rooted ageism in our social norms, which included features such as mandatory retirement. It proposed that the social interaction was reduced because the society dictated it so. The alternate theory was the “disengagement theory”, put forth by Cumming and Henry in 1961, which stated that the idea of fast-approaching and eventually imminent death caused the old individual to distance themselves from the rest of the society, in order to prepare for their final farewell. The socioemotional selectivity theory differs from these theories on the basic fact that it claims the reduction of interaction to be a positive rather than a negative notion. It also considers the motivational and cognitive factors associated with the progression of age.

◼ This theory is based on the premise that a person’s adaptation to their changing environment is time and space bound, and occurs in the context of the different life stages during the course of an individual’s lifespan. It claims that the social goals dictate and motivate the social interaction in a person’s life.

These social goals are of two types – knowledge seeking/acquirement and emotional regulation-and they change according to the social, psychological, and cognitive perception of time by the individual. Time is either perceived as being unlimited and limited.

◼ In early infancy, adolescence, and early adulthood, time is perceived to be an unlimited entity, and this notion prompts the individual to possess the social goal of future-oriented knowledge acquisition. With this goal, he/she pursues academic and non-academic avenues of education. Along with this, social knowledge is also pursued and gained. It involves gaining new experiences, meeting new people, forming bonds of friendship with like-minded individuals, career planning, and other endeavors that will prove beneficial in the future.

◼ As one grows older, the social spectrum starts shrinking, and the perception of time undergoes a paradigm change, i.e. it starts shifting from being an unlimited entity to a limited entity. This is experienced during middle adulthood, when the social interactions and the frequency of new acquaintances and friendships starts declining. This decline is accompanied by the strengthening of relationships with siblings, family members, marital partners, and close friends. The quality replaces the quantity of relationships. In the late-adulthood and old-age stages, time is perceived as a limited and fast-exhausting entity, and this prompts the complete shift of social goals from being knowledge-oriented to becoming emotion-related, and hence only those relationships are maintained that are rewarding and positive, while all other types of relationships are discarded.

◼ Such a switch of goals is because the needs of social interactions change based on the physical and psychological aspects of aging. Younger people seek out new friendships and experiences in order to seek knowledge, guidance, and reassurances, that will benefit them in the future.

Older people do not require these reassurances and hence have a lesser necessity for social interactions. This along with the awareness of the limited time, leads them to choose long-standing, high-quality relationships.

◼ Time is perceived differently by different groups of people depending on their biological age, however, this perception can be altered by certain factors relating to behavior and health. The normal change in temporal perception is due to the aging of an individual. The factor of health may change this trend in perception, i.e. a young individual suffering from a terminal illness will change his/her sense of time from being unlimited to limited.

◼ The way in which time is perceived also has a few unappealing consequences, which are mostly due to the notion of time as an unlimited entity. In such a case, since there is no dearth of time, individuals are solely and single-mindedly focused on the acquisition of knowledge, the cultivation and furthering of their career paths, formulating social relationships, etc. This causes them to sacrifice emotional experiences in favor of future-related interactions. This causes them to be more than willing in embracing conflict if the end result is that they possess or gain information.

◼ In contrast, there are a few advantages when time is considered to be limited. This perception can be a result of aging, or a life event, or simply due to education and awareness of an individual about this concept. One who perceives time to be limited will be more understanding of other, will not seek out conflicts, and will instead resolve them and possess a forgiving attitude.

Implications of the Socioemotional Selectivity Theory

► It offers an alternate model of aging.

► Offers an insight into the concept of persuasion.

► Highlights the capacity of old people to regulate emotions effectively.

► Provides a more accurate and positive view of aging-related interactions.

► Satisfactorily explains the decrease in social interaction with respect to aging.

A variety of survey studies have been carried out with individuals of various age-groups and of various dispositions, and almost all of these studies have produced results that are consistent with the ideas and suppositions put forth in this theory. 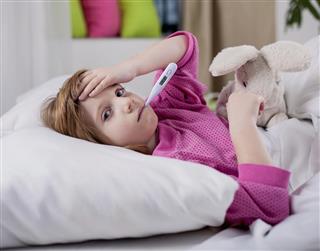 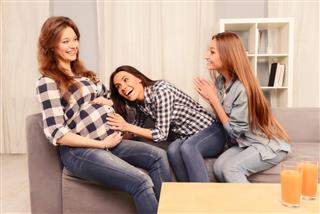 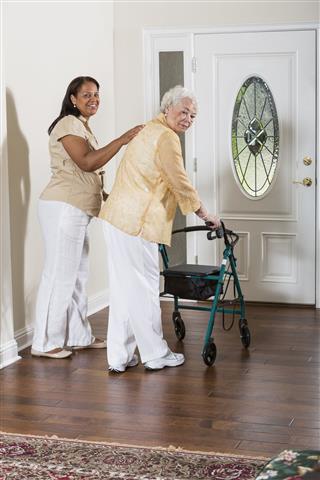 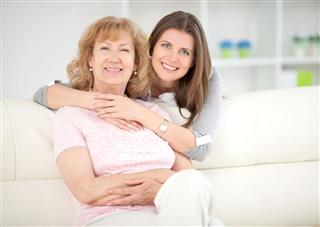