Dreams are ways in which your subconscious mind communicates with you. To interpret it, you need to analyze the meaning of your dreams. Here's more about the psychology of dreams.

Dreams are ways in which your subconscious mind communicates with you. To interpret it, you need to analyze the meaning of your dreams. Here’s more about the psychology of dreams.

Dreams are thoughts, emotions and the images shaped by them, which are encountered when asleep. One has dreams during the rapid eye movement sleep. Various theories on dream interpretations exist but the real purpose of dreams is still unknown. Dreams are closely associated with human psychology.

Research shows that during an average lifespan, a human being spends about six years in dreaming which is around two hours every night.

Here’s a gist of what dream psychology says about why people have dreams and how to interpret them.

Now, let’s look at the theories supporting this.

Understanding the Psychology of Dreams

Sigmund Freud had proposed that dreams are the means of one’s expressions of his/her unconscious wishes. He had said that bad dreams allow the brain to gain control over the feelings emerging from distressful experiences. Carl Jung, a Swiss psychiatrist suggested that dreams compensate for one-sided feelings borne in consciousness. According to Ferenczi, a Hungarian psychoanalyst, a dream expresses something that cannot be expressed outright. Some theories suggest that dreams involve one’s repressed emotions that are fantasized during the sleep. There are other theories suggesting that dreams are a side effect of the cleaning-up operations of the brain.

Hartmann believes that dreams give a person an opportunity to organize his/her thoughts. Blechner’s theory of Oneiric Darwinism, which attributes the generation of new ideas to dreams, is quite supportive of Hartmann’s analysis. Griffin, through his research has proposed the expectation fulfillment theory of dreaming, according to which dreaming completes patterns of emotional expectations.

According to the theory of emotional selection by Richard Coutts, dreaming is a way to modify one’s mental schema. The theory of emotional selection is about a process of executing a set of dreams during the non-REM sleep. A second set of dreams is executed during the following REM sleep in the form of test scenarios. It defines an accommodation as the process of reframing one’s mental representation of the external world to fit new experiences. If the accommodations performed during the preceding non-REM dreams reduce one’s negative emotions, they are selected for retention, else they are abandoned. Thus emotional selection says that the psychology of dreams is usually about the enhancement of mental schemas, it’s about increasing one’s social abilities.

What’s the significance of the content of your dreams? According to dream psychology, the elements of dreams are closely related to the environment and experiences one is exposed to. Presence of colors in the dreams is the result of long years of exposure to colored media. This is evident from a study which shows that people of the black and white era used to have black and white dreams more often than colored ones. Psychologists believe that colors appearing in dreams carry emotions represented by those colors. A common observation is that a dreamer watches the incident in the dream as an onlooker. It is also observed that mostly, the visual and auditory senses form a part of dreams. Touch or taste are less commonly experienced.

Although dream dictionaries give meanings to dreams and though dream interpretations can be done in different ways, dream psychology believes that the association between objects dreamt and their meanings is subjective. What is indicated by a particular dream depends on what the dreamer associates the elements of his dream with. Psychologists suggest that you should write down your dream, analyze each element of the dream and understand how it is related to you. It is important to understand what you associate with the particular thing you dreamed of. The thought or emotion that you have in relation to a certain color, object or a person in your dream, is your clue to interpret the dream.

In the article, we have tried to answer the basic questions you may have had about dreams. Here we give you answers to some other frequently asked questions about dreams and dream psychology.

What factors lead to pleasant and unpleasant dreams?

What are recurring dreams?

They are dreams that occur repeatedly. People with post-traumatic stress disorder have recurring dreams of the traumatic event. These dreams may carry a message about something you are not noticing. Some commonly experienced recurring dreams are those of falling from a height (may indicate a lack of support), missing an exam (may indicate your fright of exams) and being unable to move (may indicate that in real life you are in a situation you are not being able to get out of).

More in meanings of recurring dreams.

What are nightmares? Are they same as night terrors?

Nightmares are bad dreams that create feelings of horror or sadness. The person who has a nightmare sees horrifying images or experiences situations of fear or discomfort in his dream. Night terrors are not the same as nightmares. Children commonly experience night terrors and they occur during the first few hours of sleep. After a nightmare occurs the person is seen with his eyes open and a with look of panic. Nightmares are less common in adults.

What is lucid dreaming?

Yes they do. It’s just that auditory senses are more common in their dreams. Images are absent, less common or blur. It also depends on whether the person was blind from birth or lost vision in an accident/illness years later. Their last memories of sight reflect in their dreams.

Can dreams predict the future?

Does every dream have something to say about what’s going to happen in the future? Yes, dreams can predict the future, but not all dreams are predictive. Most dreams are reflections of your state of mind at that point of time. But there are theories which support the existence of something called precognitive dreams. Theorists say that having precognitive dreams is a rare ability some people have.

You had a dream last night? Try to recollect all that you saw, identify your psychological associations with the dream images and link all of them. More than what the elements of your dream symbolize, it is about what the elements mean to you. 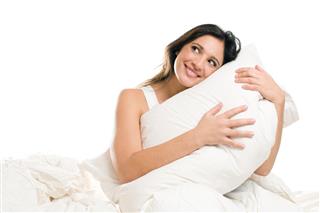 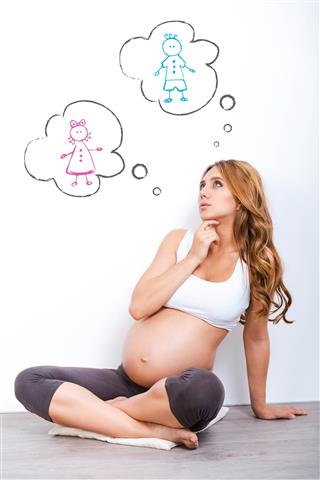