The Halo Effect on People

Halo effect is known to be one of the reasons for social bias for centuries together. It is a psychological rating given subconsciously that has some profound effects on our lives. Here is a brief overview of how this concept affects people. 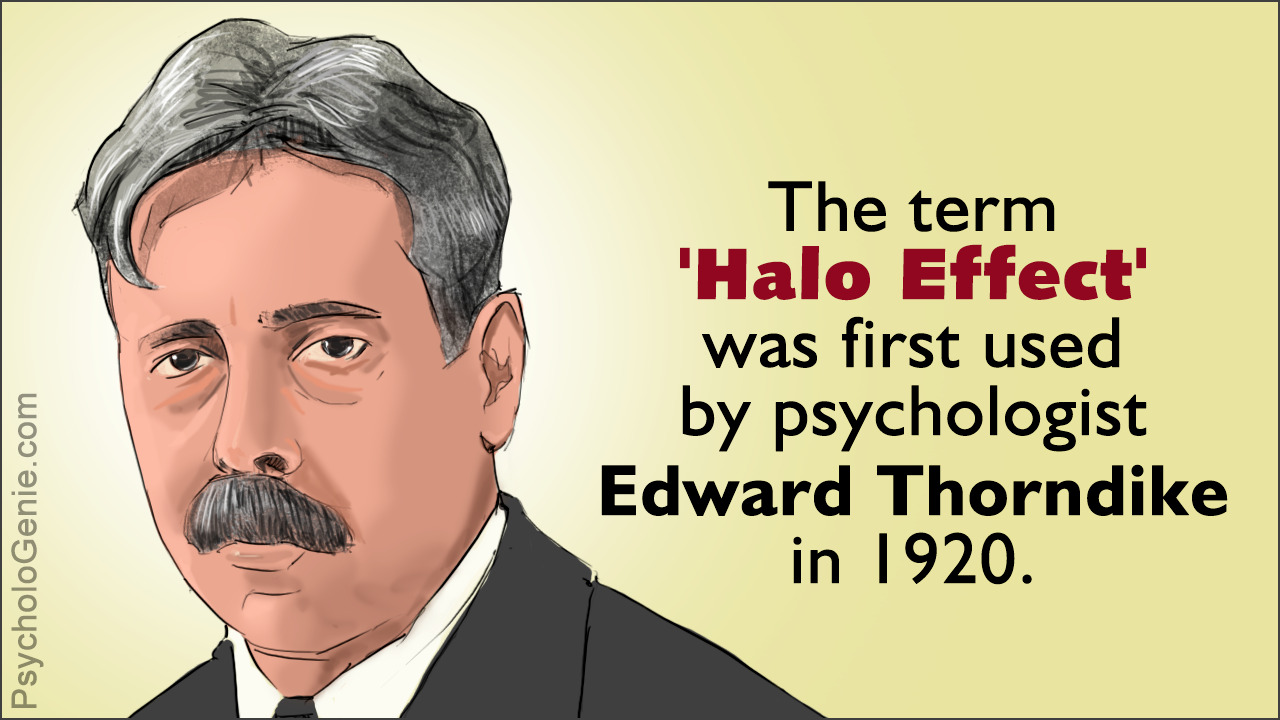 Halo effect is known to be one of the reasons for social bias for centuries together. It is a psychological rating given subconsciously that has some profound effects on our lives. Here is a brief overview of how this concept affects people.

They say ‘Beauty lies in the eyes of the beholder’. The relevance of this proverb comes to light when we understand the amount of prejudices taking place since centuries together because of halo effect. The whole idea has been germinated into our minds directly if not intentionally, over generations through general cultural upbringing, social activities, education and most significantly through folk tales and mythological stories. So vast is this effect that it is considered to be crucial element in study of human psychology.

The halo effect concept was first established by American psychologist Edward Thorndike in the year 1920. Here is a concise account on how it is imbibed in our minds and its implications.

Folk tales have been considered as a common source of entertainment, passed from one generation to the next by writing or through word of mouth. They are one of the first stories narrated to young children by elders. However, mythology and folk tales have always made a clear distinction between the good and the bad by associating certain additional physical qualities to character detail. For e.g., all ‘good’ kings and queens are narrated as beautiful, fair and angelic while all the ‘bad’ personalities are narrated as ugly and at times devilish. Characters such as Snow White and Cinderella are associated with beauty and innocence while all those who are shown to cause cruelty to them are named as ugly stepsisters, the wicked stepmother, etc.

Religion has had some hand in creation of halo effect. It is commonly seen that all portraits and artistic impressions depict god and all godly men to have a distinct round halo circle behind their head. Similarly, every religion depicts their gods and goddesses to be beautiful through religious portraits.

Barring a few examples, movies and cinema have always depicted their lead role characters to be handsome and beautiful looking. They are the epitome of smartness, confidence, great communication skills, leadership skills and are abreast with latest technical innovations. viz. James Bond.

Halo effect perceptions are commonly referred to as ‘The affect heuristic’. In simpler words, it refers to a baseless presumption of goodness and badness of a thing unnecessarily associated with that thing’s beauty or ugliness. Some common examples are:

Halo effect is not just connected with human beings but with lifeless objects as well. There are several examples to prove this.

Assuming that a family includes two male children out of which one is handsome and attractive looking and the other appears to be ugly, then many parents have a habit of presuming their attractive child to be smarter, more intelligent with a higher IQ level and a more pleasant personality than their ugly child. Such prejudices are created without any intention but have persisted in the society all the time. Once a certain mother was quoted to have said that if her two young daughters happened to weep at the same time, then there was every chance that she would comfort the prettier one first.

In schools or higher education, such prejudices out of halo effect, take place when one chooses one’s new friends or when teachers grade their students. We often come across people trying to strike friendship with attractive/ beautiful looking people because it is assumed that their company will be more pleasant. Even teachers are seen to make a discrimination in this way when grading their students.

Often when girls and boys are trying to seek their new life partners, girls are always seen to be in search of someone who is ‘tall, dark and handsome’ while boys tend to attach attributes such as kindness and intelligence to a beautiful girl. This is in a sense a tiny version of Darwin’s theory which stresses on ‘Survival of the fittest!’ or rather the most attractive as per halo effect. Since centuries, there has been a general preference for white or fair skin in all parts of the world. There have been many racial biases based on colors of skin as it was always assumed white people are superior to black. This facet of halo effect has led to social unrest and war at different times around the world.

At work place, halo effect plays its tricks during processes of interviews and appointments, allotment of work, promotions and appreciations, etc. In most of the organizations, while interviewing new candidates for a post, there is every chance of the interviewer shortlisting attractive candidates over less attractive ones. Research shows that there is always a subconscious assumption that attractive employees are smarter, more honest and more capable to fit into the organization. This halo effect can be seen further when attractive people are given better job responsibilities than the others. Consequently, it has been noticed that better looking employees have a chance of gaining better appreciation for their work and higher chances of future promotions and pay hikes.

Halo effect makes its bright impact in political scenario too. It is often seen that during elections with two or more competing candidates, public will readily vote for a political candidate who is the most handsome and best speaker of all. This is because, attractive personality has the hypnotic effect of making people believe that the candidate is honest, intelligent and with great leadership qualities. Ironically, some of the worst political tyrants of the past and the present are regarded to have an attractive persona.

In the field of justice and law & order, halo effect comes to play when exercising judiciary decisions. Research shows that, an unattractive looking criminal might be asked to pay a fine double in amount than the one paid by an attractive looking criminal for a similar crime. Law and order forces have often been seen to be lenient towards attractive criminals since they are assumed to be incapable of doing anything wrong. However, this observation has often been protested by executors of law citing reasons such as difference in circumstances of crime rather than physical appearance of criminals.

It is always good to remember, that halo gets created only when the main object gets blurred. Never make presumptions when the main object or personality cannot be clearly seen. After all, all that glitters is not gold and all that sparkle are not diamonds. A clear conscious mind will help you to make the best judgment.