A Look at What Linguistic Determinism is in Context of Psychology

Modern language has evolved to such an extent that we express our thoughts in 40 characters or less. Linguistic determinism states that our thoughts are limited to our vocabulary and mother tongue. 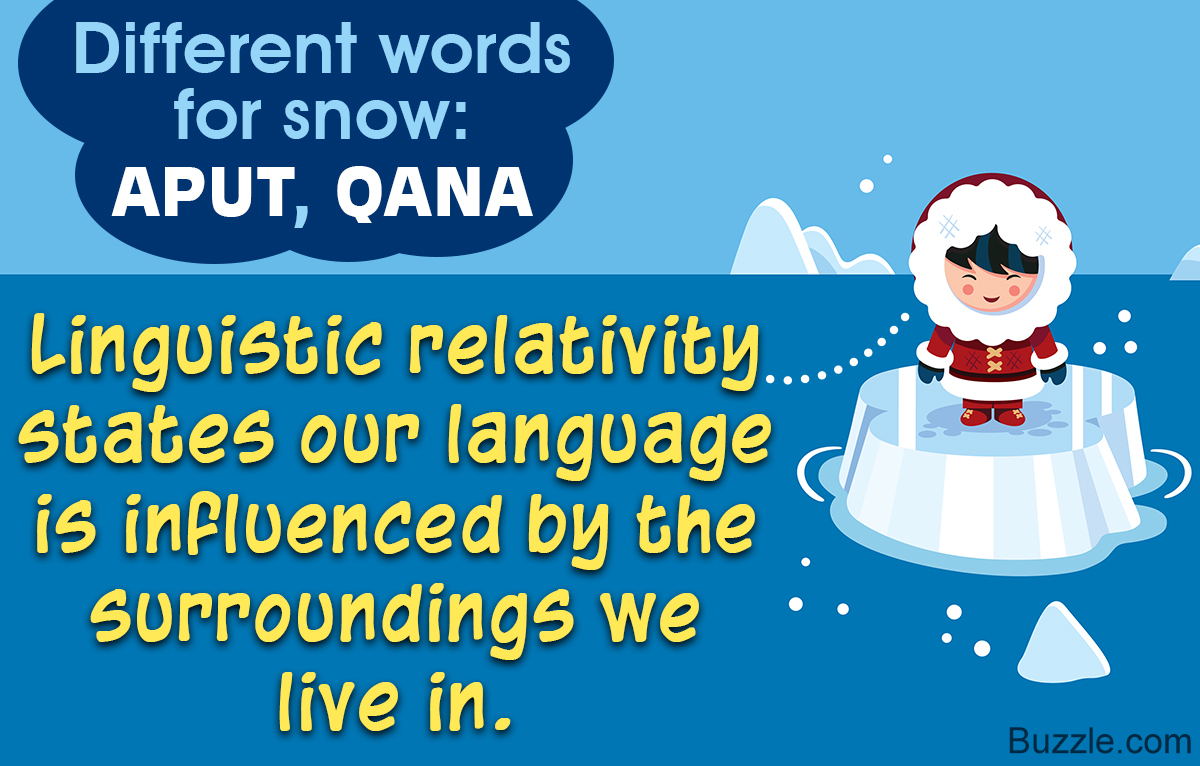 Modern language has evolved to such an extent that we express our thoughts in 40 characters or less. Linguistic determinism states that our thoughts are limited to our vocabulary and mother tongue. 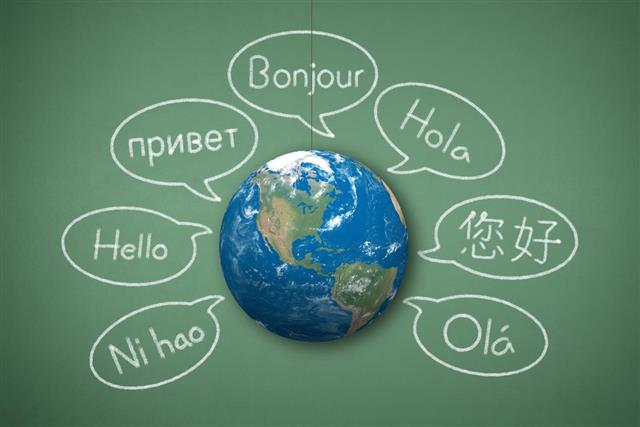 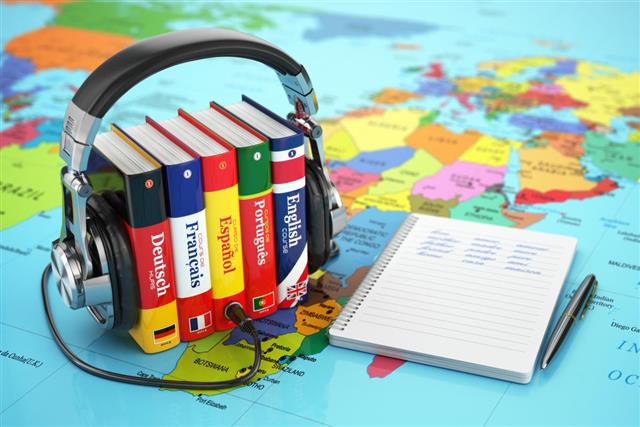 George Orwell created the language Newspeak in his novel 1984. This suppressed individuality, and aligned all individuals to think in an aligned and similar manner. It prevented any rebellious thoughts and crimes to occur.

The thoughts in our mind are as endless as the stars in the sky. Like the fleeting stars paint a picture on those who wish to interpret it, we too need to express our thoughts. Grunting noises and banging on some rocks just didn’t cut it. For that very reason, man invented language. Language helped us convey our needs, but it lacked the vocabulary to describe everything.

One of the reasons language split into many was one language wasn’t enough to describe it all. For example, Russian and German oblige you to assign a gender to objects when speaking. Like ‘water’ for Russian is spoken in a female perspective, but becomes male when a teabag is dipped in it. English doesn’t have a gender, as we refer to all objects as ‘it’. Scientists believe that we have a language called ‘mentalese’, but it’s broken down into simpler forms called ‘language’, through which we communicate. While some argue that language is however we use it, let’s discuss the finer points of this topic.

It states that language limits our capability for voicing our thoughts or emotions. Since languages differ from country to country and dialect, we express our feelings confined within the boundaries of our language. If we don’t understand a particular statement in a foreign language, we either stay silent and smile, or utter some sentence which makes a fool of ourselves.

Linguistic determinism is a branch of psycholinguistics, that tries to prove the connection between language and thought. Linguistic relativity is a branch of linguistic determinism that states that individuals describe the world they live in based on the structure of the language they are used to. For example, Eskimos living in Alaska have nearly fifty words for snow, while we have only one to describe it. They have a word called ‘aput’ for snow on the ground, ‘qana’ for falling snow, and a third one, ‘piqsirpoq’ for drifting snow. We use the word ‘snow’ in different contexts to mean the same.

Counting
An example by Daniel Everett analyzes the language of the Pirahã people in Brazil. They can count numbers up to only two, and any higher than that, their accuracy diminished. They just counted it as many.

Navigation
English is an ego-centric language. You always give directions according to your body. When pointing to a landmark, you say, it’s over ‘there’. The entrance to the subway is ‘behind’ me. While some aboriginal groups like the Kuuk Thaayorre have a hard time distinguishing between left and right, and instead express themselves according to the direction of the sun. They never say, ‘my right foot is on fire’, but ‘my foot on the northwest is on fire’. Their normal greeting would be, ‘where are you coming from?’, instead of ‘where did you go?’. The answer would always be navigational-based, instead of being straightforward as we are used to.

Writing
In Western countries, stories progress from the left to right. In terms of external landmarks, if you sit facing south, and the sun rises in the east (their left), they start it from left and right. If you are sitting north, the sun comes from the east, you would start writing from the right with respect to the sun.

Linguistic relativity states that language actually influences the way we think. Benjamin Lee Whorf was one of the first to determine the principle of linguistic relativity on the basis of his experiments with the Hopi. Along with his mentor Edward Sapir, he researched the Native American language of the Hopi, to account for the different ways they perceived the English language. He argued that the Hopi don’t count time in terms of days or years, but as a continuous passage of time.

He even found out that the Aleut tribe of Eskimos have over 50 words for snow, while we have one. Their language was influenced by their surroundings.

Whorf suggested that grammatical differences and language affected the way speakers perceive their world. He suggested the acronym SAE (Standard Average European) to point out the similar structure of well-studied European languages, as in contrast to the variety of less-studied languages.

In conclusion, the theory tried to prove that some languages were more superior to others. Even simple matters of perception are marred by the social constructs we live in. We are merely slaves to our native tongue, and our thoughts are subject to it without choice.

The Theory of Mind (ToM) is a basis for testing the cognitive abilities in autistic children to interpret between a thinker and his thoughts. It tested the theory of true and false belief between children according to the languages they were prominent in.

Peterson and Siegal’s test showed the differences in the perspective of reality of deaf children with deaf parents, and deaf children with hearing parents. Their perception was contrasting while expressing their feelings and thoughts.

Steven Pinker is the biggest critic of Whorf, stating that he didn’t take accurate data for the basis of his theory. The Aleut may have 50 words for snow, but we too have different phrases relating to it. It would suggest it makes no difference to people living in Hawaii who haven’t seen snow, but could have a vast vocabulary describing it.

Whorf only stated that people who speak differently, think differently. He didn’t speak the Hopi language to know how they measured time. As 20 years later, Ekkehart Malotki found no such evidence to the contrary, and stated the Hopi have an advanced vocabulary related to time.

If linguistic determinism restricts language within the boundaries, then how did poems and stories from different countries get accurately translated. Although some may get lost in translation, people have a general concept of right and wrong.

Language does have an ability to shape our thoughts. It is our culture that determines our thoughts, and we perceive the world we live in through that perspective. Like J.K. Rowling wants the Dark Lord’s name ‘Voldemort’ to be pronounced ‘Volde-mor’, which is French for flight of death. But in an English-speaking country like the UK, they gave it a male perspective and made it rough, while the French originally view it as female, and gave it a soft quality. While the Sapir-Whorf hypothesis is weak, there’s a reason it is still studied in colleges. Language has since evolved to an instinct to suit modern needs, and will continue to do so.