What is the Concept of Social Clock and How Has it Changed?

When should one leave home and take up a job? What is the right age to get married? What is the ideal age to have kids? The common concept in all these questions is that of 'age'. Social clock describes the culturally expected time-spans of such transitional events of adulthood.

Home / Uncategorized / What is the Concept of Social Clock and How Has it Changed?

When should one leave home and take up a job? What is the right age to get married? What is the ideal age to have kids? The common concept in all these questions is that of ‘age’. Social clock describes the culturally expected time-spans of such transitional events of adulthood.

Coined by Elliott Jaques, a Canadian psychoanalyst, it refers to the phase between the 40s and 60s, where individuals have anxieties over their accomplishments, as they have come halfway through life.

“You don’t look your age”, or “She looks older”, or “I thought he must be younger!”… and so on. We have said that and heard others say that, either about ourselves or someone else. Let’s ignore the ‘why we pass such judgmental readings’, and think about ‘what in a person causes us to make such statements’. Not everyone is good at guessing how old a person is.

Besides the look of a person, what other information do we inquire about, or base our judgment about his/her age upon? Primarily, it depends on what he/she is: whether a student, working professional, housewife, married or single, etc. Whatever collaboration exists in our minds regarding ‘age’ and an individual’s primary activity, leads us to some kind of conclusion about the individual. This reasoning taking place in our minds is representative of the concept of the social clock. Let us find out how.

It can be termed as the social expectations that are given by a culture about when the transitional events like marriage, having kids, or retirement should take place in life. The idea of a ‘clock’ signifies the identification of certain achievements or events in life with a particular age or a period of one’s lifetime. By ‘social’, it refers to the common belief existing in a society about the progression of human life, described in separate stages.

These expectations refer to the time aspect of all the crucial stages in an individual’s life; also understood to be adult developmental transitions. The theory given by American psychologist Erik Homburger Erikson defines the social clock as age-graded expectations for life events. This theory generally believes that there are certain norms for such transitions. These norms can be descriptive as well as prescriptive, which has been examined in studies conducted earlier (study by Bernice Neugarten et al, on the age norms in the United States). Many things form part of such cultural norms, including the average ages and the pace of transitions. The linear model of human development, pertaining to the scenario in the United States, talks about when people are considered mature enough to carry out actions like voting, driving, being a full-time employee, or being in a relationship. Here are some examples of age-related transitional life events.

– leaving home for higher studies
– getting the first job
– getting married (as teens, in the 20s, or later)
– having the first child, or being ready for parenthood
– buying a home
– age of retirement

Age appropriate behavior, or the concepts of maturity and immaturity are all associated with social clocks ticking in different societies the world over. As observed by us all, these transition events are linked with attaining adulthood in life. However, assuming ‘marriage’ to be a necessary life task for recognizing complete adulthood is posed as a criticism against the early model of adult development.

Social Clock for a Specific Country

The social clock is different for every culture and country, as the norms and values of every society have been shaped over several centuries. Western cultures follow the linear path of development, unlike the East, where a cyclical nature of life is emphasized, classifying it into birth, death, or rebirth.

– The average age of retirement exemplifies the difference. The percentage of people over the age of 60 in countries varies a lot; there is less proportion of people over 65 in the U.S. as compared to Mexico.

– Living with parents after graduating from school or even after marriage is common in countries like India and Korea. But it is completely contradictory to the lifestyle of young adults in some developed countries.

– For some cultures, early marriages are considered appropriate. So experiencing marriage as a teenager is the right thing to do. This would ascertain social support, stability, and lend confidence to the couple as part of society. This practice of early marriages was common to nearly every cultural group in the world. Change in the social norms and patterns have, however, today changed the concept of any such social clock.

Changes in the Social Clock

Despite the cultural variations in the versions of a social clock, the age and life event relation has undergone changes in all societies. It is considered to be a stereotype by many, as human life has and is progressing at a fast pace; leading to a life that is more individualistic. Reasoned, logical, and practical attitude towards life is prevalent among the youth today. With uncertainties in life about work, relationships, wealth, etc., and the practice of free-will, social norms anyway are less adhered to. Thus, the concept of social clock or such given ‘time frames’ for particular events in life cannot hold true anymore.

Studies undertaken in some universities questioning a varied age group, have concluded interesting responses that suggest fundamental changes in preferences pertaining to the appropriate age (a range in some instances) for getting the first job, marriage (or first marriage), parenthood, and retirement. First marriages during the 40s, or late motherhood, is increasingly noticed specifically in urban lifestyle. Nevertheless, these changing trends should not surprise us, because institutions like ‘family’ and ‘marriage’ itself are questioned today for their survival. So, probably it all comes down to ‘the right time’ determined by each individual for himself or herself. 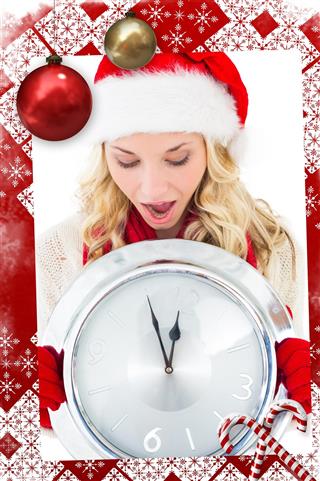 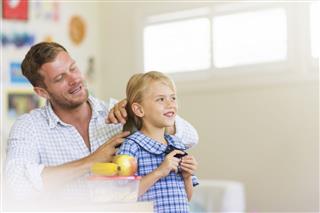