3 Types of Attitudes Perfectly Explained from Start to Finish

The term 'attitude' refers to an individual's mental state, which is based on his/her beliefs or value system, emotions, and the tendency to act in a certain way. One's attitude reflects how one thinks, feels, and behaves in a given situation.

The term ‘attitude’ refers to an individual’s mental state, which is based on his/her beliefs or value system, emotions, and the tendency to act in a certain way. One’s attitude reflects how one thinks, feels, and behaves in a given situation. 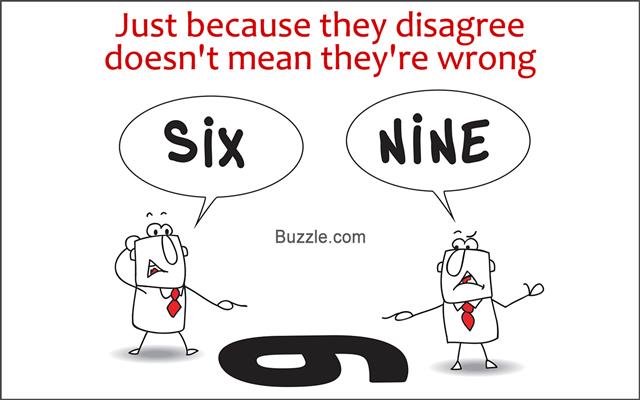 Attitude is a little thing that makes a big difference. – Winston Churchill

Attitude can be defined as our response to people, places, things, or events in life. It can be referred to as a person’s viewpoint, mindset, beliefs, etc. Our attitude towards people, places, things, or situations determines the choices that we make. Attitude is composed of three components, which include cognitive component, affective/emotional component, and behavioral component. Basically, the cognitive component is based on the information or knowledge, whereas affective component is based on the feelings. The behavioral component reflects how the attitude affects the way we act or behave.

For instance, in case of a person who is scared of an injection or a needle, the cognitive component might be the fact that an injection would hurt. On the other hand, the affective component would be the feeling that he/she is scared of injection. The behavioral component would be that the person would completely avoid getting an injection or scream at the sight of one. So, an attitude is essentially like an evaluative statement that is either positive or negative depending on the degree of like or dislike for the matter in question.

Individuals who have a positive attitude will pay attention to the good, rather than bad in people, situations, events, etc. They will not consider a mistake or failure as a hurdle, but as an opportunity. They learn from mistakes, and move forward in life.

People with a negative attitude ignore the good, and pay attention to the bad in people, situations, events, etc. Also, they are likely to complain about changes, rather than adapting to the changing environment. Also, they might blame their failure on others.

Indifference and Detachment are traits that represent neutral attitude

People with a neutral attitude don’t give enough importance to situations or events. They ignore the problem, leaving it for someone else to solve. Also, they don’t feel the need to change. Their traits include:

It must be noted that there is a very thin line between personality traits and attitude. While the former are more rigid and permanent, the latter may change with different situations and experiences in life. So, attitudes are learned and acquired. Also, attitude could be explicit or implicit. Attitude at an unconscious level that might be unknown to us, and is formed involuntarily is referred to as implicit attitude. On the other hand, explicit attitude refers to the attitude at a conscious level. Implicit attitude might be attributed to past experiences or influences.

It must be noted that one’s behavior might not always reflect one’s attitude. However, studies have suggested that people might change their behavior, if the inconsistencies between their beliefs and behavior are pointed out to them. In general, a positive attitude is most likely to have a good effect on one’s behavior.

Attitudes are formed over the years by various means. Sometimes, they are based on our experiences. At times, they might be acquired from other people. Our attitude might be based on the truth, or what we might consider to be the truth. It is possible for people to change their attitude. For that, one would need to change the way he/she thinks, feels, or behaves. However, changing the way one feels is not that easy. The affective component of attitude is powerful and difficult to control. Hence, one should first make an effort to change the cognitive (thinking) and behavioral component.