The Spotlight Effect: Wondered How Much You are Actually Noticed?

The spotlight effect refers to the tendency of individuals to overestimate the level of attention (they believe) they get. They think that they are noticed by everyone, everywhere, and at every point of time. This is surprisingly common, but not at all a fact. Shedding some 'spotlight' on this psychological phenomenon.

Home / Uncategorized / The Spotlight Effect: Wondered How Much You are Actually Noticed?

The spotlight effect refers to the tendency of individuals to overestimate the level of attention (they believe) they get. They think that they are noticed by everyone, everywhere, and at every point of time. This is surprisingly common, but not at all a fact. Shedding some ‘spotlight’ on this psychological phenomenon.

The phenomenon of Spotlight effect is also linked with other concepts in psychology, including the illusion of transparency, anchoring and adjustment, false-consensus effect, and self-as-target bias.

Suppose it’s your friend’s birthday, and you plan a surprise for her. You are just about to burst into her house at midnight with a delicious cake and an exciting gift. And as your friend opens the door, she plainly asks you to get inside the house! How would you feel? Exactly that!

Be sure you have been struck with the Spotlight Effect! That simply means that you think you did a great job, and people would make chronicles out of your genius ideas on ‘how to surprise your dear friend on her birthday’. Not really, as your friend was already expecting you to be there! So, your efforts (even though they are EFFORTS, according to you) do not get as much attention as you would have probably thought.

Confused? Help yourself with this article to get a better idea of how we often tend to think that the ‘social spotlight’ shines more brightly on us, than it really does!

As published originally in The Spotlight Effect in Social Judgment: An Egocentric Bias in Estimates of the Salience in Ones Own Actions and Appearance by Thomas Gilovich, Victoria Husted Medvec, and Kenneth Savitsky,

“People overestimate the extent to which their actions and appearance are noted by others, a phenomenon dubbed the spotlight effect.”

It is our attitude to think that we are noticed more than we actually are. For example, something like a social gaffe at a function, a stupid error while reading a manuscript speech, or having a stain on the clothes when facing a bunch of people. These, and such events, become unforgettable memories for us, but are often unnoticed by many. Of course, we still feel it was the biggest mistake of our lives! How could I do that!

On the contrary, sometimes, it so happens that actions like a well-prepared presentation, a brilliant argument in a discussion, or the best throw in a football match are extraordinary efforts for us, which just remain totally overlooked. And you go, “Did anyone just see what I did?”, or, “Was I the only one present there?” No point losing heart, because that was probably just your perception – the spotlight effect.

History of the Spotlight Effect

As mentioned above, the term was coined primarily by Thomas Gilovich and Kenneth Savitsky in the year 1999. Although the term for it came in later, this particular phenomenon was described even earlier by other studies, similar to the one presented by Gilovich and Savitsky. Beginning his research on his own at first, Gilovich later collaborated with Savitsky. Others who studied the phenomenon included David Kenny and Bella DePaulo. Their focus was on finding whether or not people knew about how others perceived them.

What Gilovich and Savitsky tried to prove through their research can be summarized as,

“Indeed, close inspection reveals frequent disparities between the way we view our performance (and think others will view it) and the way it is actually seen by others.”

These disparities are seen to reflect an egocentric bias in an individual’s assessment of how important his/her actions and appearance are to others. People believe that more people notice their actions, when in reality, only a few do. To determine how off-track people’s perceptions were, they conducted a few experiments.

Study 2
Here, it was a T-shirt displaying a famous personality of the participant’s choice (of the given three). This would make the participants feel good about what they were wearing. Even with their chosen clothes, the target participants overestimated the number of people who would be able to identify the personality.

Study 3
This dealt with finding out if the spotlight effect holds true for behavioral acts. After engaging in a group discussion, participants had to estimate how the group, as one entity, would rank each participant on the basis of some given positive (advancing the discussion) or negative (maximum speech errors) dimensions. It was observed that, in this case too, whether for positive or negative dimensions, participants had overestimated the prominence of their own behavior than that of other group members. They thought others would rank them higher on all dimensions, which was not the case actually. Thus, it proved that a person’s actions seek less attention than what the person would think.

Every one of us is the center of our own universe. So, even in case of having a bad hair day, we are less bothered about the hair looking greasy (or simply bad!), but are more concerned about others being able to identify it as ‘bad’. Seriously! And, as we know, but would not admit, people can hardly notice any difference in OUR hairstyle (as they are busy getting drenched in their own spotlight too).

Here are some other instances in day-to-day life when we fall prey to the spotlight effect, as humans.

– Wearing new branded clothes or sporting new accessories; OR Getting a trendy haircut;
– Making an excellent suggestion during a project review meeting in the office; OR Stumbling upon the stairs on our first day to office;
– Managing a faux pas on our first date; OR Fall down while wearing a beautiful dress at the prom. 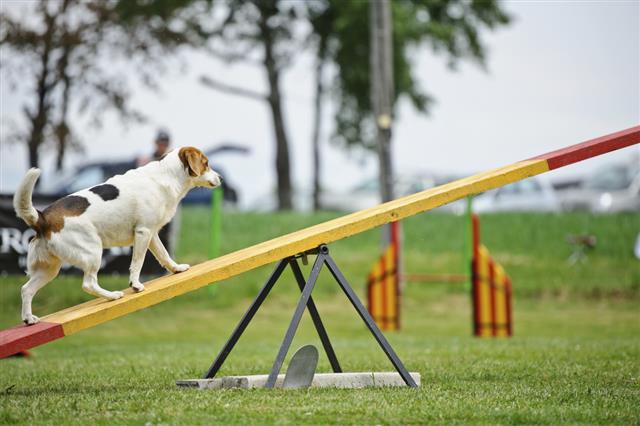