This article provides some information about a pathological liar and a compulsive liar, and also helps to understand the difference between them.

This article provides some information about a pathological liar and a compulsive liar, and also helps to understand the difference between them.

Often times, the terms compulsive liar and pathological liar are used interchangeably. However, in reality, both are different. Although, both have this habit of lying about every small or big thing, yet their motives behind lying are not the same. Nor do they pose the same kind of threat to the people around them.

A compulsive liar is a person who will lie, no matter what. It has become a habit with him/her to lie about everything and he/she has no control over it. The thing with people who have compulsive lying disorder is that they lie because they find telling the truth very uncomfortable. So, to avoid themselves from this discomfort, they resort to lying.

Usually, it is observed that people develop this habit of lying compulsively, right in their childhood. They are generally raised in an atmosphere where lying is necessary. There is one trait common in all compulsive liars and that is – they have a very low self-esteem. So, in order to prove to others that they are something, they resort to making stories and lying. They are more or less harmless. They lie out of habit, not to get anything out of it. Most of them know that they are lying, it’s just that they are unable to do anything about it.

A pathological liar is someone who lies to get his way. They are manipulative, crafty, and usually have a goal in mind when they lie. They have no concern for the feelings of others, even of those people who are close to them.

What separates a pathological liar from a compulsive liar is that the former starts believing their lies so much that they actually think that it is reality. This is the reason that they have no qualms lying about supposed “illnesses”, or “incidents”, or “adventures” they had experienced in their life. Some of the symptoms of a pathological liar are – they lie to gain something, they exaggerate things, they keep on changing their stories, they live in a false sense of “reality”, if confronted they act defensive, and never admit that they are liars and lastly, they hold no value for truth.

The latter have no motive for lying, they do it because they can not help it and also, because they find the truth to be very uncomfortable. On the other hand, pathological liars have an agenda, something that they want to achieve, that they get by lying, caring little about other people.

When it comes to pathological liars, it is observed that people who have APD i.e. antisocial personality disorder and NPD i.e. narcissistic personality disorder, indulge in it. Compulsive liars, may or may not experience a mental disorder. Usually, it is observed that people with Attention Deficit Hyperactivity Disorder (ADHD), Bipolar Disorder, and Borderline Personality Disorder, resort to lying compulsively.

As for the treatment for both these disorders, psychotherapy, counseling, and medication, a combination of any or all of these is used. The success of the treatment depends upon whether the person actually agrees that he/she is a “compulsive liar” or a “pathological liar”. It is only when the person realizes that he has a psychological problem and he/she needs to overcome it, that the treatment has any chances of being a success. Of course, family support goes a long way in overcoming this habit too, along with the treatment. 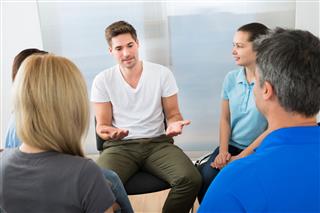 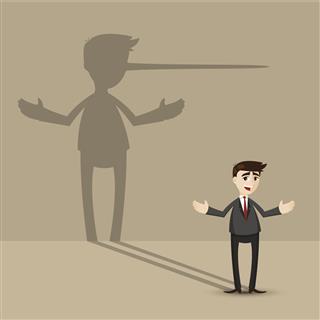