Pareidolia is a tendency of the human mind to perceive insignificant stimuli as being meaningful. In this PsycholoGenie post, we will go a little deeper into this concept and provide examples of the same.

Pareidolia is a tendency of the human mind to perceive insignificant stimuli as being meaningful. In this PsycholoGenie post, we will go a little deeper into this concept and provide examples of the same. 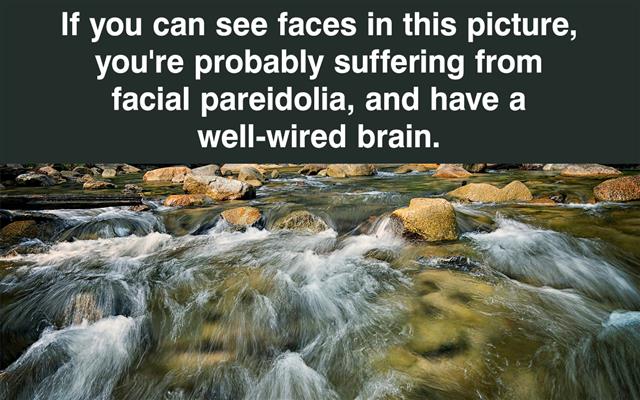 Believe it or Not!

In 2004, Diana Duyser of Miami sold a 10-year-old grilled cheese sandwich for USD 28,000 on eBay. She said it bore the image of Jesus Christ.

Have you ever chanced upon a cloud that looks just like a horse? Or how about the foam in your morning coffee making it seem like there’s a face hidden in there somewhere? Countless similar examples will follow, and you see these almost everyday; and while this may seem like a very random occurrence, did you know that this is, in reality, a phenomenon called Pareidolia?

Pareidolia is a psychological phenomenon which occurs when a random and insignificant stimulus (either sound or object) is perceived as being significant. It is said that there is a tendency among humans to want to understand and define things so that dealing with them becomes easier. Which is why, we tend to rearrange objects and things in our mind and give them a form that we can define and identify with.

In the following sections of this PsycholoGenie article, we will go into the details of this phenomenon and help you understand this concept better with the help of certain examples.

The ‘Why’ Behind the Phenomenon

Pareidolia was earlier thought to be a symptom of psychosis; however, it is now recognized as a normal human tendency. Carl Sagan, an American astrophysicist and astronomer, put forth a theory which said that hyper facial perception stems from a very evolutionary need to recognize other faces, sometimes, too quickly. Like we mentioned earlier, it is a basic human tendency to want to find meaning in something so that we are able to identify and define it.

David Hume, a Scottish historian, philosopher, economist, and essayist, in one of his quotes aptly describes this tendency.

“There is an universal tendency among mankind to conceive all beings like themselves, and to transfer to every object, those qualities, with which they are familiarly acquainted, and of which they are intimately conscious. We find human faces in the moon, armies in the clouds; and by a natural propensity, if not corrected by experience and reflection, ascribe malice or goodwill to everything, that hurts or pleases us.“

Though it may seem like a rather meaningless and tedious exercise, to find faces and objects in things that don’t really have them, the fact is that it is not always meaningless. The famous Rorschach inkblot test uses this very premise to gain an insight into the workings of the human mind and is a very crucial test used in psychology.

It is quite probable that many may not have heard of the technical name of the concept, though most will have experienced it at some point in their lives. Some of the more common examples of this phenomenon include finding different objects and shapes in clouds, or tree trunks shaped like human forms or faces. Let us look through some of the other common examples of pareidolia.

This Sphinx formation at the Bucegi mountain

These bubbles in the coffee foam that look like eyes

This heart formation in the clouds

This vision of a terrified sink

The Rabbit on the Moon

In what is one of the most common and famous examples of pareidolia, the rabbit on the moon, is a theory that has been passed down from generation to generation. There are stories written and tales told, and one is probably encouraged to see it come nightfall.

There are countless examples of sightings of different kinds in space. Some of the famous ones include the Cydonia Mensae sighting, more popularly known as the ‘Face on Mars‘. When the image was first sighted, it showed the face of a man looking upward. However, higher quality photos taken years later showed that it was merely a mountain which looked like a human face when observed under the right kind of shadowing and illumination.

Another example of pareidolia observed on Mars is that of The Martian Mermaid. The figure has an uncanny resemblance to a mermaid in mid pose. This sighting caused a lot of stir among people, and NASA was even accused of trying to cover evidence that there was life on Mars. When one views the image as a part of the complete rover, however, the ‘Mars Mermaid’ is only about 6 cm tall.

Probably the most hyped examples of pareidolia have been in connection with religious symbols and figures. So, finding Jesus or the Virgin Mary in different foods, or finding the Hindu Lord Ganesha in a vegetable is not a very novel thing we hear of. Given the sentimental value that people have for these religious symbols, it will probably not come as a shock to know that some of these findings have been sold for hundreds of dollars on popular sites.

While pareidolia can be seen to make its way in all forms and things, and the observing of these becomes almost effortless, the fact remains that it is a perceiving of things that don’t really exist. And while we may term this as an unnecessary task, it sometimes does give us an insight into the workings of the human mind. In that way, many experts say that the pareidolia phenomenon could help us understand concepts like the Loch Ness Monster or Bigfoot. 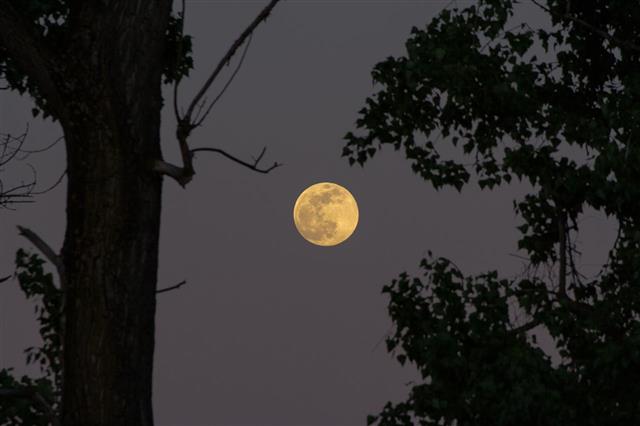