Understanding Genetic Fallacy With Examples in a Really Easy Way

If you ever lost an argument in your social circle due to being ignorant of the origins of the subject, then you have been subject to genetic fallacy. We explain the concept of genetic fallacy, along with some examples for better understanding. 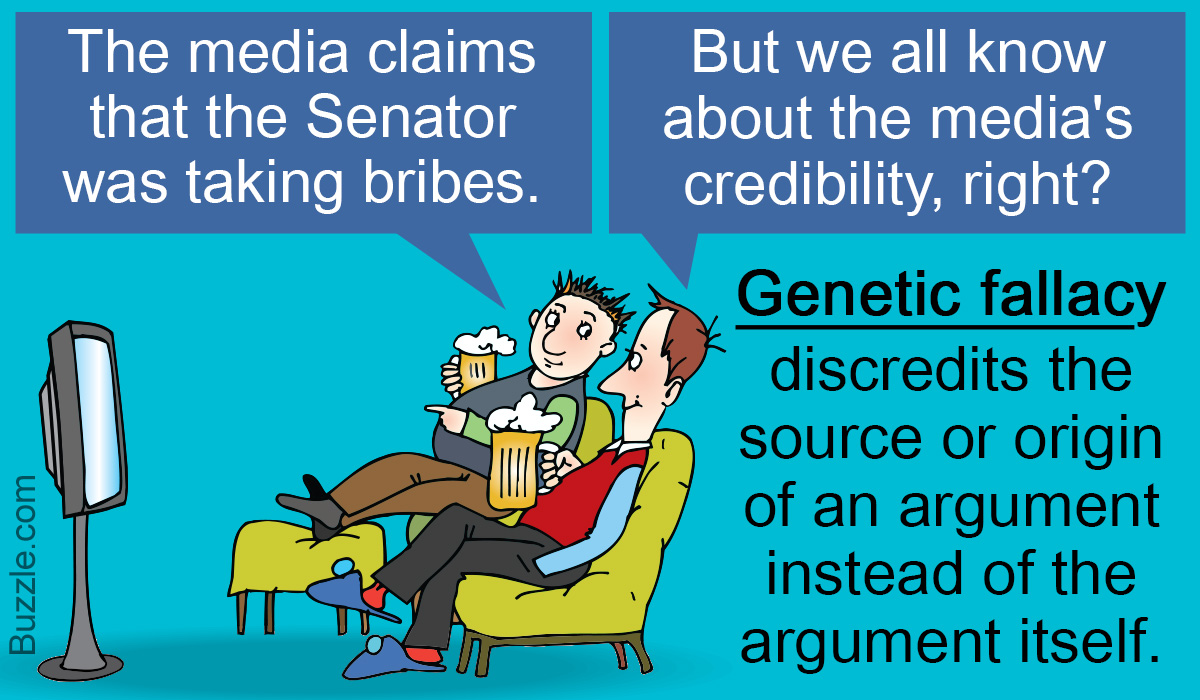 If you ever lost an argument in your social circle due to being ignorant of the origins of the subject, then you have been subject to genetic fallacy. We explain the concept of genetic fallacy, along with some examples for better understanding.

The term ‘genetic fallacy’ was first used in Morris Raphael Cohen and Ernest Nagel’s book Logic and Scientific Method in 1934.

Fallacies are a result of a misunderstanding or a misconception of a person’s intentions. Out of the many fallacies that exist, genetic fallacy rejects any argument based on the origins of the subject, instead focusing on the merits of the argument. It uses negative perceptions to make the other person’s argument look weak, and fails to look at any evidence present.

Genetic fallacy has been used in media to promote propaganda, in politics to win an argument, and in literature as well. But it should not be confused with ad hominem attacks, where an individual verbally insults the other without disproving his argument. It is also known as the fallacy of origins, or the fallacy of virtues.

A perfect example would be the advertisement featuring John McCain, agreeing that the economy of the United States looked good. This Ad uses this statement out of context, and compares with the amount of property McCain actually owns. In short, the Ad shifts from focusing on the economy to a personal attack on the person who made the statement. It’s a classic misdirect of information.

Example: Chemistry is an outgrowth of alchemy, which is an unscientific mystical endeavor. Therefore, chemistry is not scientific.

Explanation: In this example, chemistry is being linked to magic, of which alchemy was thought to be a part of. Although alchemy started out that way, its practical use of mixing different elements to create or find something new has been the reason for many discoveries. Trying to place blame on the origins instead of looking at any scientific discovery is a genetic fallacy.

Example:
A: “The media claims that the Senator was taking bribes.”
B: “And we all know about the media’s credibility, right?”

Explanation: In this scenario, one reader is ready to accept the news from the media, the prime source of information we depend on. The other person tries to discredit the media due to the tabloid gossip and other related articles, that make him doubt the credibility of the news. Although this scenario exists, it’s a genetic fallacy, as ‘B’ tries to discredit the information on the basis of the source.

Example:
Bert: “Mr Macky, why do you always wear suspenders and never a belt?”
Mr Macky: “Because belts were developed in the military centuries ago, and were used by soldiers. Since the military is evil, and belts came from the military, therefore, I won’t wear a belt.”

Explanation: In this scenario, Mr. Macky tries to justify his reasons of not wearing a belt to the creator of the belts.

It is a fallacy that deals with tautological statements, and tries to make a stand while having no authority in the subject. For example, My car mechanic says that to fix my computer, we need to give it a sharp kick.

From the above statement, it’s obvious that the individual seems to ask an opinion about computers from someone who has no prior knowledge in the subject. Hence, he received the same advice in return.

Another example is that, using headphones may cause hearing loss, according to a Harvard study. This is another fallacy, due to people only believing in it due to the Harvard name attached to it. This fallacy tries to convince people in the theory, but it’s a fallacy, since Harvard isn’t the leading authority on the subject.

This fallacy adheres to concluding a theory to be true or false based on desirable results. This type is seen in advertisements in which a negative aspect is advertised to give it a popular spin, and hence gain public appeal.

For example, If afterlife exists, then i wish to exist forever.

This fallacy argues that, if a proposal is agreed by most people as a result of herding, group-think, or herd mentality, then it stands true. If a majority of the people agree with a statement, then it must be true. This can be seen in advertisements particularly to change public appeal.

For example, Most people visit Florida during their vacations. It must be the nicest place in America.

t’s a fallacy that requires that a present-day word should have the same meaning as used in the past times. This fallacy points to the changes in meaning of certain words over time.

For example, the word ‘hound’ stood for all dogs. Now, this word is restricted to hunting dogs.

In another example, the word may also change the status of an individual. The word ‘knight’ originally stood for servant in German, and later on evolved to include nobility.

As all fallacies go, this one doesn’t bank on irrelevant history but actual facts, as proof can go a long way to winning this argument.