How to Choose the Most Energizing Antidepressant

Deciding whether you need an energizing antidepressant involves a few key points. Firstly, you’ll have to assess your depression. This is, of course, much safer to do with the assistance of your doctor. Never make changes to your medical regimen without asking or informing your doctor.

Before deciding whether or not you need the most energizing antidepressant in the world, you should assess your depression. Major depressive disorder can come in several forms.

The form of your depression depends on the characteristics and symptoms that you experience. The groups of symptoms can be broken up, broadly, into two groups.

As you can imagine, people who struggle with the first group of symptoms aren’t going to need an energizing antidepressant. Instead, they will want to use an antidepressant that is more relaxing or sedating.

If you struggle with symptoms from the second group, however, you may be interested in a more stimulating antidepressant. These medications can help provide energy and motivation so that you can accomplish your daily tasks.

What Is the Most Energizing Antidepressant?

Here are some common examples of antidepressants of different types.

Deciding on the best antidepressant is up to you and your doctor or psychiatrist.

Precautions & Things to Be Aware of

When you start taking a new antidepressant, you should take note of the following:

Many patients experience side effects within the first few days or weeks of using an antidepressant. In many cases, these side effects tend to resolve themselves within a couple of weeks. However, if side effects persist, you may want to ask your doctor to switch you to a different medication.

Another thing to be cautious about is whether or not your new antidepressant will interact with supplements or drugs you’re already taking.

There are many antidepressants, some of which are more energizing than others. Of these, Prozac and Wellbutrin are considered the most stimulating. 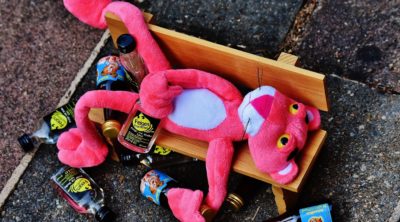