Common Questions – Can You Get Addicted to Antidepressants?

Many people use prescription medication on a daily basis. However, far fewer people know about whether or not these drugs are addictive. Nowadays, more folks wondering – can you get addicted to antidepressants?

The reality is that anything can be addictive if it becomes a crutch. Considering that many people use antidepressants as a crutch, it may be possible to get addicted. However, this still depends on what type of antidepressant you’re using and what other steps you’re taking for your depression.

Can You Get Addicted to Antidepressants?

Despite the fact that antidepressants are considered non-addictive drugs, that doesn’t stop some people from abusing and misusing them.

In this sense, however, non-addictive tends to refer more to abuse than dependence. Since antidepressants don’t cause euphoria or cravings like other drugs, most people find that they are less likely to abuse them.

However, that doesn’t mean antidepressants don’t cause dependence.

Dependence can come in two forms: psychological and physical.

As a result, antidepressants are considered nonaddictive. Regardless, you should be aware of physical dependence. Withdrawal symptoms are no joke and can cause significant issues if you suddenly stop using your medicine.

Antidepressants may not cause addictive behavior in the traditional sense, but that doesn’t mean they’re not addictive. Antidepressants cause both physical and psychological dependency.

If you are planning on switching antidepressants, consider using a cross tapering chart (with your doctor’s advice) to make things smoother. Or, if you want to give up antidepressants entirely, consider joining an online group like Surviving Antidepressants. 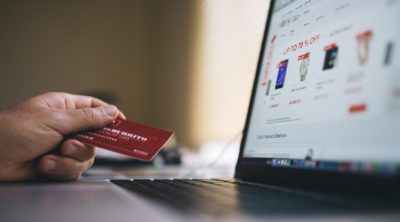 How Hard Is It to Get Antidepressants Online?

What Are the Antidepressants That Do Not Cause Tinnitus?