Meaning and Examples of Mind Over Matter

The term 'mind over matter' is generally used to refer to the capacity of the mind, that can be used to achieve miraculous results. Many are not aware of this power of the mind, and people rarely use it in the real sense. PsycholoGenie gives you some examples of the workings of the human mind and how its power can be unleashed to achieve what seems impossible.

Home / Uncategorized / Meaning and Examples of Mind Over Matter

The term ‘mind over matter’ is generally used to refer to the capacity of the mind, that can be used to achieve miraculous results. Many are not aware of this power of the mind, and people rarely use it in the real sense. PsycholoGenie gives you some examples of the workings of the human mind and how its power can be unleashed to achieve what seems impossible.

“Age is an issue of mind over matter. If you don’t mind, it doesn’t matter.”
―Mark Twain

Our mind can move mountains. Many times we underestimate the strength of our mind. We fail to see the potential our strong will can have and how it can be used to achieve the unachievable. The truth is that our mind prevails over physical subsistence. It has a greater power to surpass reality or influence it. There have been some mind-boggling examples of the mind’s power.

It’s all in the mind, they say. What our mind perceives as real is our truth and what our mind believes as false, is false for us. The world is like we think it is. Our attitude towards living is all that matters. Age, like Mark Twain rightly says, doesn’t matter if you don’t mind it. Being young at heart helps you stay young all your life; being youthful irrespective of age, is the key to happiness.

A lot of illnesses have their roots in the mind. Negative thoughts have a negative effect on the body too. Those who are happy and positive, are also found to be healthier in comparison to those with a negative outlook towards life. Physical limitations can be won over with the power of the mind. Physical ailments can be cured with the help of mental strength. That’s ‘mind over matter’.

The concept has gathered attention from those in the field of medicine and psychology, and research is on over how it can be used in these fields.

In pressing situations, your body wants to give up and succumb to pain. However, when your mind is the controlling authority, you get up and try to overcome the physical limitations. There are success stories of people who have been able to achieve what seemed impossible to the world, those who have been able to lead normal lives despite their physical limitations, all because of their strong will.

Stephen Hawking was diagnosed with a motor neuron disease at the age of twenty-one and was told by doctors that he would live for only two years. However, he overcame his physical deformity and managed to become one of the greatest theoretical physicists. Technology was his aid, but what’s more important is that he had the attitude of finding a way out of his problems; he used his mental strength to conquer physical limitations and emerged successful.

In his poem Invictus, the poet talks about his experience of unleashing his mental power and the strength he derived from believing in himself. Doctors had advised him to get his leg amputated, but he refused and with the help of another medical professional he managed to save his leg. But what helped him most was his strong belief and the conviction he had. This example shows us how the willpower can help one endure hardships.

Nelson Mandela had said that he derived inspiration from this poem, which helped him endure the physical pain inflicted on him during his internment.

It refers to the ability to move something only by thinking and without the application of any physical force. It is a highly disputed example of ‘mind over matter’, as it lacks a scientific base. However, there are people who claim to be able to move things with their mind, and there are those who claim to have witnessed this. In the book Matilda, the protagonist is shown as having telekinetic powers.

The PK Man: A True Story of Mind Over Matter

This book by Jeffrey Mishlove and John E. Mack is a true story of Ted Owens, who made many absurd claims of having superpowers to rule the forces of nature and even cause natural disasters. The author, a famous parapsychologist has described the viability of his claims in this book. Ted Owens even claimed to have powers to contact aliens, and stated that he was a messenger between the aliens and humans. (PK here represents psychokinesis)

The power of meditation and prayers is such that through continuous practice of the same, one’s mental strength increases. They can be used as the means to achieve a greater control over self. Indian yoga and meditation techniques are said to liberate the mind and help the practitioners realize their true selves.

Ancient scriptures also speak about how meditative powers can free the body from the gravitational force. Moksha is a terminology used in Indian religious scriptures that refers to liberating oneself from the cycle of life and death. Tibetan monks are said to be able to control their body temperature with the use of meditative techniques.

These are very interesting phenomena. Placebos are not the real treatment pills but are administered to patients who do not know that they are not real. Interestingly, since the mind believes them to be curative, they tend to have positive effects on the patients’ health. This is called a ‘placebo effect.’ The nocebo effect creates an opposite reaction in the minds of the patient, wherein, he feels that the pills will do some harm to his body. Both the feelings are purely psychological.

Hypnotherapy is based on the concept of ‘mind over matter’ as it uses hypnosis or the technique of influencing one’s mind to help him recover from certain aliments and psychological disorders. When the mind induces a change in the behavioral aspects of the body, ailments can be treated. Thus, it is the mind that matters more and takes control over the body.

Self-belief and confidence can lead one to achieve something that seemed impossible. Encouraging thoughts can boost one’s capability to achieve something that seemed difficult. To realize your dreams, it is important to believe in them. Changing circumstances or difficulties on your path to progress cannot serve as obstacles once you are determined to attain your goal.

There are examples of athletes and performing artists who use their mental power to push themselves beyond physical limits. Some visualize themselves as winners even before the game begins and claim that this helps them succeed. Under pressure situations too, they use their mind’s power, to put in their best on the field.

Bethany Hamilton, a professional surfer, lost her left arm due to a shark attack. After battling for her life, she did not step back, but continued her passion as a surfer, winning laurels for herself. A movie named Soul Surfer is based on this incident in her life.

Kyle Maynard was born without arms and legs. But that did not deter him from being a world-class athlete, and also a motivational speaker and writer. His story is an inspiration for many.

There are mental techniques that can be employed to overcome pain. Studies show that you can reduce chronic pain with mental power. With meditation and concentration on the pain area, it is possible to ease the pain. However, that requires a high level of mind control and concentration.

The “walking Over Hot Coal’ experiment is an infamous example of mind over matter. Also referred to as ‘firewalking’, it is performed as a rite in some cultures. Science says that due to lesser contact time of the hot coal with the skin, the skin does not burn, thus not causing pain.

He has said, “All of your body is in your mind, but not all of your mind is in your body.” By inserting a long sailor needle through his biceps, without shedding a drop of blood, he proved that the mind can control involuntary functions of a body. Today, the Aletheia Psycho-Physical Foundation carries forward his teachings.

Tribal people have a fetish for weird piercings. They have a high strength to endure pain, and you’ll find them embellishing their body with different ornaments embedded in their skin. Heavy nose rings, piercings on their head, face, and ears are a common phenomenon observed. You’ll even find them tattooed at all places possible on their body.

Some people perform painful stunts with the help of their mind power; for example, pulling heavy things with your ears or tongue, standing on nails, etc. This technique can be used to overcome fear. However, they should be performed only under expert guidance and after taking all the safety precautions.

Note: Do not, under any circumstance, attempt any of these experiments at home.

While ‘mind over matter’ as a concept can go beyond the comprehension abilities of our conscious mind, it is indeed a subject of intrigue. Many researchers and scientists study this interesting phenomenon. While this phrase can be used in different contexts, it is largely used to refer to the power that the mind has. Miracles do happen, and not all those we hear of are myths. You might have experienced your intuitive abilities leading you to a decision, or a gut feeling telling you about how something is right or wrong. The inner conscience has its own language; it’s just that not all of us understand it.

The mind is indeed a powerful device, underestimated by most of us. The book Jonathan Livingston Seagull by Richard Bach, tells the story of a seagull, who dreams of overcoming physical limitations, and learning to fly. It goes on to say that the mind has tremendous power waiting to be unleashed. Sadly, only a few of us realize it. 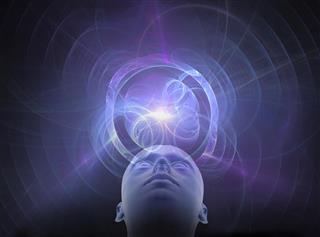 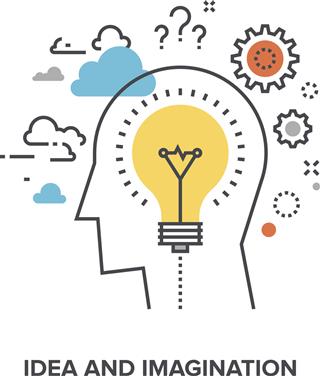 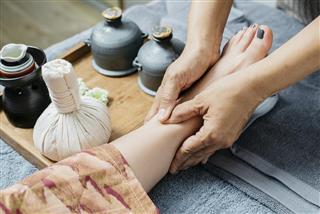 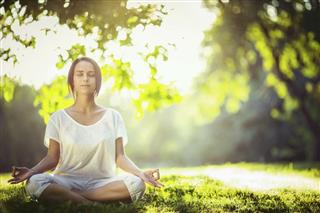 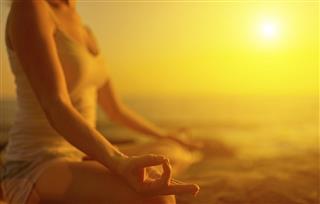 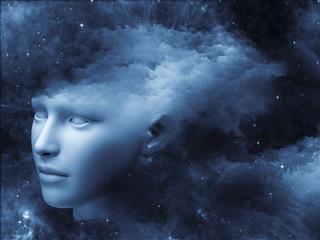