Along with the genius of Charles Sanders Peirce and William James, John Dewey is recognized as a co-founder of the school of pragmatism and is known for his works on education, nature, democracy and inquiry. There are a number of theories on each of the subject areas he contributed to. 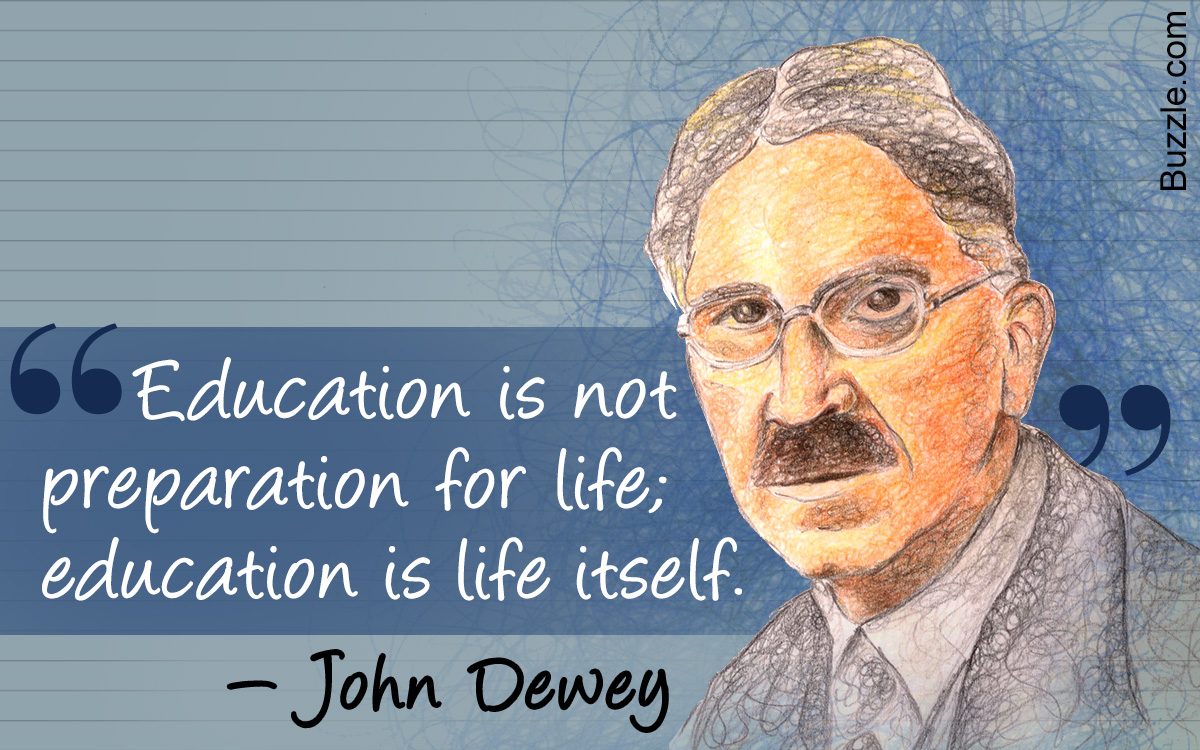 Along with the genius of Charles Sanders Peirce and William James, John Dewey is recognized as a co-founder of the school of pragmatism and is known for his works on education, nature, democracy and inquiry. There are a number of theories on each of the subject areas he contributed to.

John Dewey (1859 – 1952) was a psychologist, philosopher and well-known American educational reformer. His thoughts on education, art, logic and ethics have influenced movements around the world. He is considered as the co-founder of functional psychology. He led the ‘progressive’ movement in America and is world-renowned for his works on education, nature, democracy and inquiry.

Dewey presented his views on education in ‘My Pedagogic Creed’, ‘School and Society’, ‘The Child and Curriculum’, ‘Experience and Education’ and ‘Democracy and Education’. He believed that education in society equated with nutrition and reproduction. He strongly advocated the primary need for transmission of education through effective communication. Dewey campaigned educational reform and denounced an authoritarian approach. He believed that children or students should be able to understand actual experiences and be a part of hands-on experiential education.

John Dewey considered democracy as the result of schools and society at large. He believed that democracy in its essence can only be applied to full potential if adequate attention was paid to reconstruction of experimental intelligence and social plurality. He strongly advocated social reconstruction to adopt democracy beyond voting right and well-defined public opinion. He believed that the concept had to be an imminent part of effective social communication and that politicians were completely accountable for adopted policies. Dewey believed democracy to be synonymous with the only ethical ideal of humanity.

Dewey was committed to Hegelian idealism. He explored the possible synthesis between experimental science and idealism. In his theory on functional psychology, John Dewey laid a lot of emphasis on the need to reformulate psychology. He stressed that the focus on the role of the social environment needed to be strengthened to ensure that it remained in sync with that of mental activity and human behavior. Dewey’s functional psychology laid practical emphasis on application and action to reason with the paradigms of traditional stimulus-response. The way an individual views a situation was believed to influence the unitary nature of sensation and response to the situation.

Dewey preferred to evade the use of the term ‘pragmatist’ when referring to himself, and referred to ‘instrumentalism’ as the basic philosophy he propounded. His theory on pragmatism was based on popular utilitarian and empiricist thought. He propounded that ‘value’ was the result of social construction and basically a function. On the other hand, he strongly advocated that quality could be measured as part of a situation or event. Dewey strongly believed in the wistful aspect of human nature. He believed that experimentation on social, philosophical and cultural issues could stand in for the truth. He honored the importance of religious institutions and ethical practices, while at the same time, advocated that only a scientific approach could further human progress.

John Dewey believed that generated and retained logic was mainly the outcome of accepted levels of organization and presentation. He believed that self-action was the result of possessed power, that in turn generated further action. Interaction, on the other hand, has been explained by Dewey as the balance or equation between the living and inorganic. John Dewey stressed on the thought that reactions sprung from transactions involved in the various phases, with or without a contribution to the ultimate reality. Logical positivism, according to Dewey, springs from change of referents to symbolic structure and proposition content.

John Dewey was born in Burlington, Vermont. He attended the University of Vermont and attained Phi Beta Kappa in the year 1879. He studied for a year under G. Stanley Hall and went on to earn a Ph.D. in 1884 from the School of Arts & Sciences, John Hopkins University. He served at the University of Michigan between 1884 and 1888 and then again, between 1889 and 1894. He devoted a great deal of time to the study of ‘Absolute Idealism’, by Hegel. From 1904 onwards, he taught philosophy at Columbia University and Teachers College. He remained a member of the American Federation of Teachers to the very end.

Though John Dewey was a modest and unassuming man his contributions to so many fields of philosophical inquiry can be termed as simply extraordinary. He strove hard to make his ideas and concepts work for the ordinary citizen. Dewey was active in those social and political causes that he deemed important, right from opposing tests and vocational schools to third-party presidential campaign to civil liberties and civil rights. He firmly believed that science and religion can establish a base on which a common faith for all humankind can be successfully built.