Is Silent Treatment Actually a Form of Abuse? This is Our Take

Silent treatment is a form of emotional abuse. Know if it is normal, and should you be dealing with it anymore or not...

Home / Uncategorized / Is Silent Treatment Actually a Form of Abuse? This is Our Take 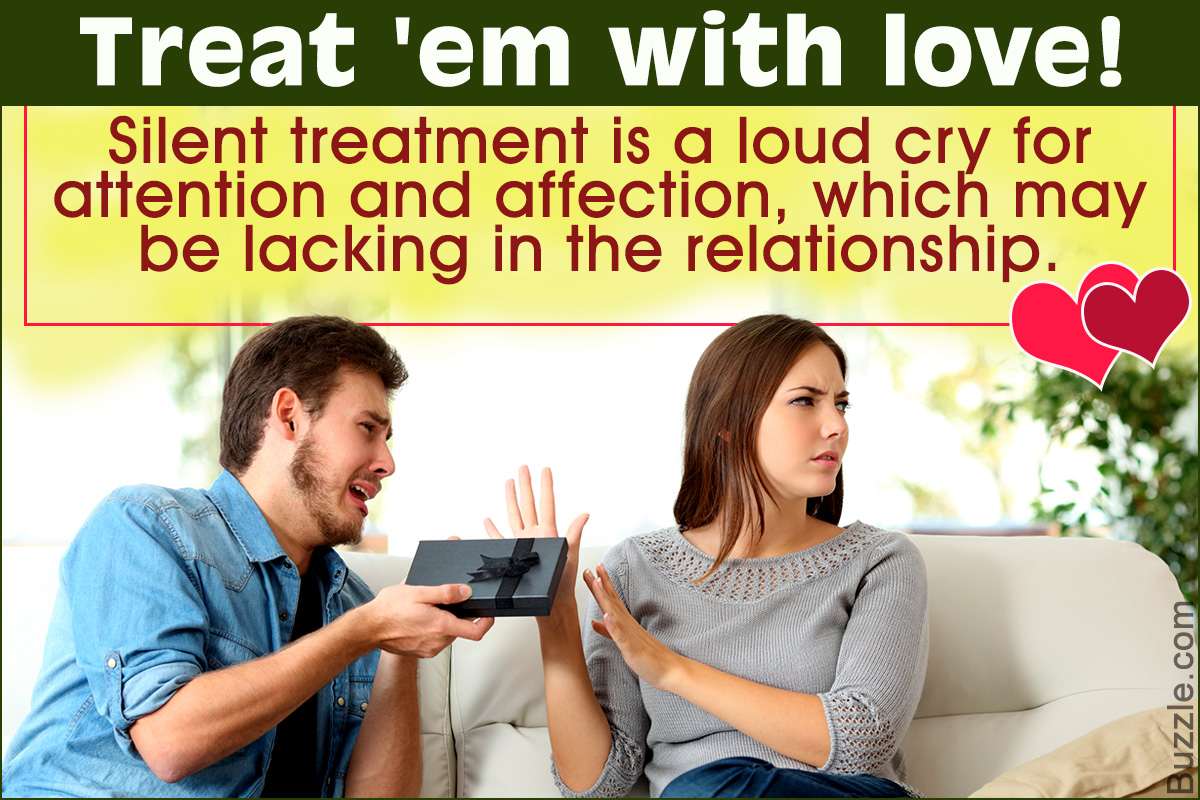 Silent treatment is a form of emotional abuse. Know if it is normal, and should you be dealing with it anymore or not…

If you are wondering whether silent treatment is a form of abuse, you are either being victimized by this sort of behavior, or are inflicting it upon the people who love you the most. Either ways, the answer is yes, giving someone the silent treatment is a form of grave abuse! Why you may ask? Well, when one thinks about it, treating someone like they do not exist is by far the worst psychological harm one can do against another. It may not be physically violent, nor verbally abusive, nonetheless it is a form of torture. There need not be any valid justification as to why a parent or a spouse chooses to behave in this manner, or there may be many factors working simultaneously so as to create this problem. Anyone can be the abuser, it can be the wife, the husband, or even the children.

Signs and Effects of Silent Treatment

Some people enjoy starting fights, enjoy watching the other person suffer and many times do so unintentionally. They have this sadistic side to their personality which does everything in contradiction to their usual claims of feeling affection towards the person they inflict silent torture on. Here are some signs of silent treatment:

The main objective of using silent treatment as a form of emotional abuse, is to garner importance and is nothing but a mere attention seeking tactic. Such people are manipulative, cruel, self-seeking, and lack self-esteem and confidence. This however does not mean that they are not confident and good at what they do. It just means that they are unsatisfied with what they have, do not respect the status of others in their life, look down upon the one they are ill treating, and often suffer from too much ego. They think they are more important and deserve more recognition and status than others.

Silent treatment is an abuse, and no matter what is said and done, abuse is unacceptable. No one should deal with this type of behavior. It is best to stop giving any credence to such people’s tantrums and let them know in clear words, that you have had enough. Tell them to stop treating you this way and if the situation does not improve despite the warnings, it would be best to move on with your life. The reason being, that this abuse is one cropping from habit, and habits as we know die hard. If the person is unwilling to change and is obstinate about his innocence, it would be of no avail to try to argue on the subject any further. It would be best to abandon the situation rather than compromise for the rest of your life. I know this option is extremely hard, and cannot be taken without keeping other factors in mind. However, if you believe that you can manage without this form of abuse, you must bring about this positive change soon

If you truly believe that your relationship with the abuser can be salvaged, then you must speak about your feelings in precise and clear terms. Many times, all that the abuser wants in such cases, is to be acknowledged and loved, by the victim. It is a loud cry for attention and affection, which may be lacking in the relationship. It often happens that our relationships take a backseat, when work deadlines, chores, and other activities take up all our free time, which leave us with nothing to spare for our spouse. Get to the bottom of the problem and start fixing it, NOW! You just might notice a visible improvement in the situation.

Do not fuel the silent abuser’s anger by verbal rebuttals. Showing your anger, irritation or sorrow, will only make them gloat, at the effect their behavior is having upon you. There is no point arguing and fighting your frustrations out. Instead, it would be better if you remained calm and let the other have his/her say. If they choose to remain silent; try to sooth the situation through gentle words. It takes two to tango, so the possibility of you having done something wrong are very likely. Think about what you may have said or done in the past few days or hours, which may have triggered this sudden mood swing in the silent abuser. However, if you truly believe that you have not done anything wrong, do not apologize, as that will only fuel their ego all the more, and encourage them to repeat this behavior in the future! Do not let him/her play around with your emotions and self-respect, instead stand your ground if you think you are not the wrongdoer.

Silent abusers must seek counseling, so as to bring about improvements in their behavior and outlook. If you feel you are being silently victimized, or have been harming others through this behavior of yours, you must seek professional help and try resolving all your pent-up issues and animosities. People who inflict the silent treatment upon others, usually are the ones who had to face this treatment at some point in their past. Which may explain why, they think it is normal to behave in this manner and there is nothing wrong with it. They may actually be confusing the cooling-off period with the silent treatment, which are two completely different ways of dealing with hostile situations in interpersonal relationships.

The answer is staring right back at you. The fact remains that silent treatment is a form of abuse and it must not be practiced, preached, or pardoned beyond reasonable limits set by your conscience. We all deserve love, security, and a fulfilling life, and so do you.