An Insight Into the Concept of Normalcy Bias in Psychology

In psychology, there is a concept known as normalcy bias, which explains why most people underestimate the threat associated with natural disasters like hurricanes and floods, and why people are plagued by inaction during a crisis.

In psychology, there is a concept known as normalcy bias, which explains why most people underestimate the threat associated with natural disasters like hurricanes and floods, and why people are plagued by inaction during a crisis.

What’s in a Name?

Normalcy bias is also known as normality bias, incredulity response, analysis paralysis, and most interesting of all, the ostrich effect.

Mount Vesuvius erupted in 79 AD, burying the Roman city of Pompeii and its 16,000 inhabitants, in what is considered as one of the worst natural disasters ever. In hindsight, had people evacuated the city, instead of watching the volcano erupt for hours until it was too late, the situation would have been different. The Pompeii tragedy is just one example of disastrous events resulting from people’s inaction.

Be it a volcanic eruption or a hurricane, most people underestimate the situation in the beginning, only to realize that it is too late. In psychology, this is called normalcy bias.

What is Normalcy Bias?

Definition:
Normalcy bias is a psychological state of denial people enter in the event of a disaster, as a result of which they underestimate the possibility of the disaster actually happening, and its effects on their life and property. Their denial is based on the assumption that if the disaster has not occurred until now, it will never occur.

Normalcy bias is a part of human nature, but beyond a limit, it can pose a serious threat to life and property. If people are not prepared for an impending disaster, it is most probably because of this psychological phenomenon.

In the event of a natural disaster, we blame the government for not taking adequate precautions. But let’s say the government does take precautions, and issues a warning. Do we take it seriously? Most people don’t, and that, in turn, results in unnecessary casualties. Experts attribute the problem to people’s tendency to interpret warnings in an optimistic manner, often resorting to ambiguities to justify their carelessness.

And evolution kicks in …
There is a theory which associates normalcy bias with the evolutionary aspect, that suggests that paralysis gives an animal a better chance of survival, because predators are less likely to attack and feed on something that isn’t moving.

An estimated 70 percent people are affected by normalcy bias. Of the remaining 30 percent, half the people freak out, while the remaining show presence of mind and do the right thing. The good thing about a large population being affected by this state of mind is that it is easier to convince them. They may not heed to warnings by the meteorological department, but seeing their neighbors and friends prepare for the impending disaster can motivate them to do the same. These 70 percent can also help in pacifying those people who freak out in such circumstances. On the flip side, however, they may hinder those who are doing the right thing.

There is no dearth of examples of this concept; the eruption of Mount Vesuvius that we spoke of in the beginning of the article is an apt example of the same.

➠ In the US context, the best example will be that of hurricanes. Hurricane Sandy, for instance, was predicted well in advance, and evacuation warnings were also issued. Yet, the people of New Jersey decided to stay back and endure it, for most people thought it would be ‘just another hurricane.’ Blinded by normalcy bias, they underestimated it, and had to pay a heavy price for their inaction.

➠ Another interesting example of normalcy bias will be the Holocaust. There were quite a few warning signs for the Jews to take a note of the impending danger. They were made to wear yellow stars. They had to possess J stamp identity cards all the time. There were many discriminatory laws that specifically targeted their businesses. And yet, the Jews underestimated Adolf Hitler and the Nazis, and stayed put. What happened next is documented as one of the worst chapters of human history.

Every single disaster in history, natural or otherwise, has a stage where normalcy bias comes into play. Just because hurricanes that hit your part of the world over the course of last 5 – 6 years were mild, doesn’t necessarily mean the one that will come next will also be mild. Similarly, just because your city have never faced a terrorist attack, doesn’t mean it will never face one.

As normalcy bias prevents us from acting to protect ourselves, it is important to know how to overcome it. Being well-informed is the first step towards your goal. If you have no idea as to what you should do in the event of, say an earthquake, you are more likely to suffer from analysis paralysis, which, in turn, will delay your actions and make you vulnerable. Also, you shouldn’t take things lightly. If the authorities are issuing a warning that a hurricane is expected to hit your area, you should take the necessary precautions, and even evacuate the area if necessary. If you feel that there is anything unusual about a particular occurrence, you should try to find out more about it.

It is said that even when we are calm, our brain takes 8 – 10 seconds to process information. If our brain fails to find an acceptable response to a particular situation, it will but obviously take more time to process the information, and more time will be needed for you to start acting. Now, that is definitely a matter of concern, considering that the difference between life and death can be that of mere seconds. 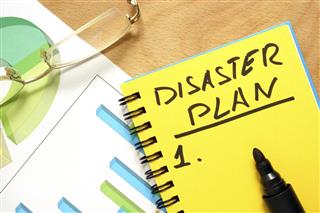 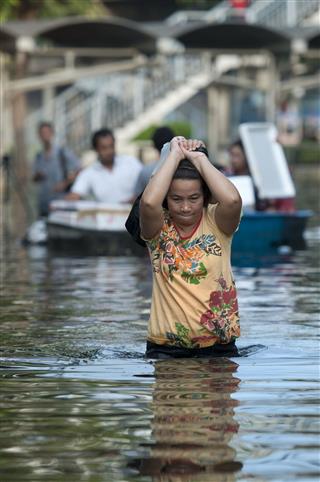