In psychology, the ingroup bias theory suggests that we tend to give preferential treatment to those whom we consider a part of our ingroup. However, there is a lot more to this theory, all of which will become clear as we go through its meaning and examples. 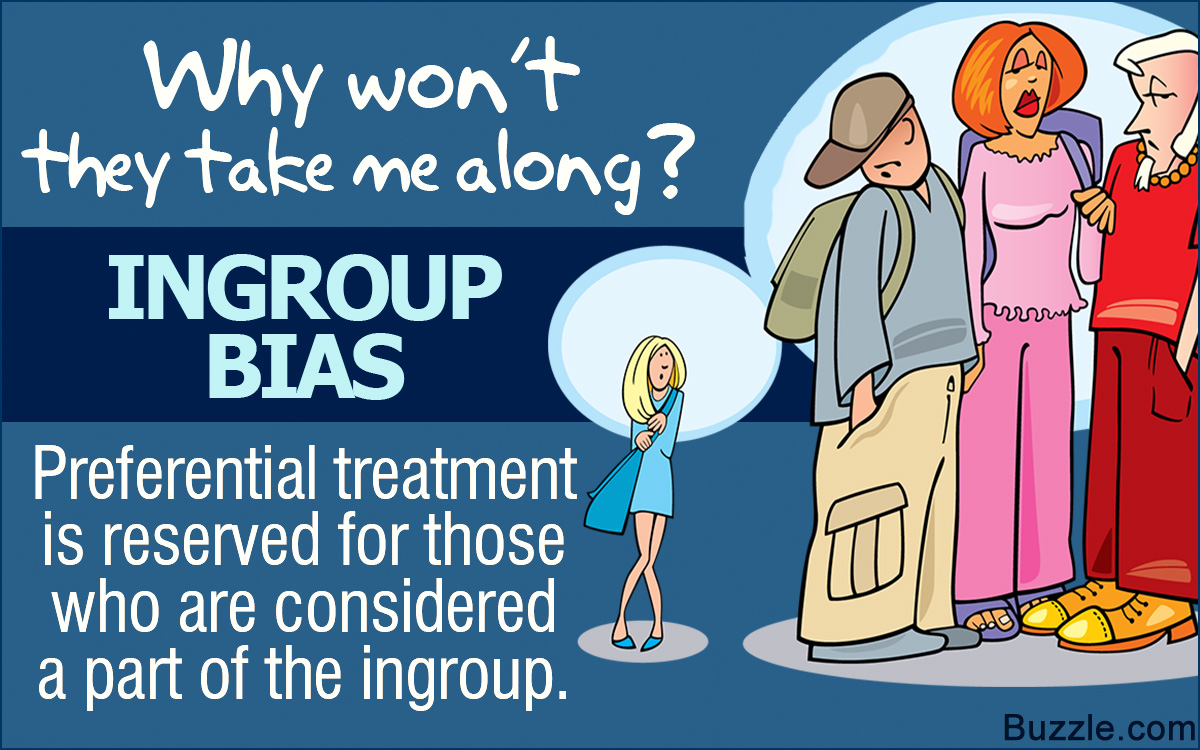 In psychology, the ingroup bias theory suggests that we tend to give preferential treatment to those whom we consider a part of our ingroup. However, there is a lot more to this theory, all of which will become clear as we go through its meaning and examples.

Ultimately, many forms of discrimination and bias may develop not because outgroups are hated, but because positive emotions such as admiration, sympathy, and trust are reserved for the ingroup.
― Marilynn Brewer

Nobody sums up ingroup bias better than Marilynn Brewer, a prominent social psychologist from the United States. As you leaf through the works of Dr. Brewer and other social psychologists who have been working on inter-group relations, you realize that most forms of group bias do not result from negative feelings towards the other group as much as they do from favoritism towards one’s own group.

It is this ingroup favoritism, or ingroup bias, that it is popularly known as, that forms the basis of discrimination. If one believes that a person belongs to the same group as he is, he will have positive views of him, and thus, will give him preferential treatment; but obviously, at the cost of others.

What Does Ingroup Bias Mean?

By definition, ingroup bias, or in-group bias, refers to a preference for one’s ingroup, i.e., a social group with which the person readily associates himself, over the outgroup, i.e., a social group with which the person does not identify. Simply put, it refers to favoritism toward one’s own group. The concept is also known as ingroup-outgroup bias. According to the ingroup bias theory, such behavior can be attributed to competition, wherein two groups vie for limited resources, or to circumstances wherein groups feel the need to prove their superiority.

As far as ingroup bias triggered as a result of competition is concerned, the best example will be that of Presidential primaries in the United States. When the Democrats or Republicans come down to two candidates during the Presidential primaries, two separate groups are formed. These groups supporting two individuals competing for the top job, show a strong bias against each other. And thus, despite being from the same larger group, they look upon others―those belonging to the outgroup―as inferior.

Similar examples can also be seen in schools, where groups or gangs are formed, and those who are not a part of a group are treated in a harsh manner.

As for ingroup bias triggered as a result of attempts to prove one’s superiority, the best example will be the rivalry between the fans of two teams. In the National Football League (NFL), or any sporting league in the world, for that matter, the rivalry between teams is easily overshadowed by the rivalry between their fans. In such cases, people tend to favor their team’s fans over fans of the other team, as the latter are not considered equals, and thus, mingling with them is a strict no. No wonder many leagues segregate fans on the basis of their loyalties.

Similar examples can also be seen in cases in which religion comes into the picture, wherein those from one’s own religion are favored over those from other religions. This is particularly rampant in pseudo-secular societies.

Then there are cases involving religion and other sensitive topics, like color and creed, wherein the person’s actions are driven by negativity towards other groups. This is a textbook example of outgroup bias.

While it comes across as harmless, ingroup bias can have severe implications of its own. Imagine a board putting one of its own, or one who is perceived as its own, to be precise, in a managerial position, despite not being qualified for the job. Now that’s as obvious as it gets.