Gambler's fallacy, also known as the fallacy of maturing chances, or the Monte Carlo fallacy, is a variation of the law of averages, where one makes the false assumption that if a certain event/effect occurs repeatedly, the opposite is bound to occur soon.

Gambler’s fallacy, also known as the fallacy of maturing chances, or the Monte Carlo fallacy, is a variation of the law of averages, where one makes the false assumption that if a certain event/effect occurs repeatedly, the opposite is bound to occur soon.

The moniker was ascribed to this fallacy as a result of a game of roulette played at Casino de Monte-Carlo on August 18, 1913, when the ball fell on black 26 consecutive times. Gamblers lost millions of francs by betting against black, as they incorrectly reasoned that the uncommon and imbalanced streak of black had to inevitably be followed by a streak of red.

Humans are prone to perceive and assume relationships between events, thereby linking events together to form a succession of dependent events. This quality is due to the fact that all human behavior is interlinked and connected invariably to our actions. However, this quality also leads us to assume patterns in independent and random chains or events, which are not actually connected. This mistaken perception leads to the formulation of fallacies with regards to assimilation and processing of data. We develop the belief that a series of previous events have a bearing on, and dictate the outcome of future events, even though these events are actually unrelated.

It is a cognitive bias with respect to the probability and belief of the occurrence of an event. Probability fallacies are of three types – ‘near miss’ fallacy, ‘hot hand’ fallacy, and ‘gambler’s’ fallacy. The near miss fallacy occurs when an individual experiences a failure in reaching a goal, in such a way that he/she believes that success was within reaching distance. This causes him to wrongly believe that since he came so close to succeeding, he would most definitely succeed if he tried again. Hot hand fallacy describes a situation where, if a person has been doing well or succeeding at something, he will continue succeeding. Similarly, if he is failing at something, he will continue to do so. In other words, an ongoing streak of good/bad outcome will spawn a continuing streak in future ventures. This presents a contrast to the gambler’s fallacy, the definition of which is described below.

➤ It is a mistaken belief that if one experiences a continuous series of events, the opposite of such a series is soon to occur, i.e., if one is doing well, that luck is sure to run out soon, thereby bringing about a period of bad luck or failure. This fallacy is based on the law of averages, in the way that when a certain event occurs repeatedly, an imbalance of that event is produced, and this leads us to conclude logically that events of the opposite nature must soon occur in order to restore balance. Such a fallacy is mostly observed in a casino setting, where people gamble based on their perception of chance, luck, and probability, and hence, it is called gambler’s fallacy.

➤ It arises due to the belief that past independent events influence future outcomes, and originates from the erroneous belief that a small sample is an accurate representation of a larger sample/population. This implies that the probability of an outcome would be the same in a small and large sample, hence, any deviation from the probability will be promptly corrected within that sample size. However, it is mathematically and logically impossible for a small sample to show the same characteristics of probability as a large sample size, and therefore, causes the generation of a fallacy.

➤ This can be explained by the simple example of a coin toss. If a plain and unbiased coin is taken and flipped, each time it is flipped, there is a 50% chance of it being either heads or tails. But this leads us to assume that if the coin were flipped or tossed 10 times, it would obey the law of averages, and produce an equal ratio of heads and tails, almost as if the coin were sentient. However, what is actually observed is that, there is an unequal ratio of heads and tails. Now, if one were to flip the same coin 4,000 or 40,000 times, the ratio of heads and tails would seem equal with minor deviations. The more number of coin flips one does, the closer the ratio reaches to equality. Hence, in a large sample size, the coin shows a ratio of heads and tails in accordance to its actual probability. If one selects a small sample within this population, one may observe long continuous occurrences of heads or tails, but basing ones judgments on such subjective data leads to the formation of the fallacy/mistaken belief. This is because, despite the short-term repetition of the outcome, it does not influence future outcomes, and the probability of the outcome is independent of all the previous instances. In other words, if the coin is flipped 5 times, and all 5 times it shows heads, then if one were to assume that the sixth toss would yield a tails, one would be guilty of a fallacy.

➤ Gambler’s fallacy can also occur in some instances where past events are related to future outcomes. An example of this would be a tennis player. If he has to play 24 matches, out of which he has won 12 matches and lost 6, and is now left to play 6 more matches, and now, if one makes the assumption that the losing streak makes him due for a victory in his next match, one would be indulging in gambler’s fallacy. This is because, repeated failure does not guarantee future success, and also, success in the match depends on a variety of other unrelated reasons, such as each player’s skill, injuries (if any), state of mind, etc.

➤ However, in cases with dependent events, such as the dealing of cards, this assumption is not a fallacy, since if one were to draw cards from a deck of cards, and the first 10 were red cards, the probability of the next card is instantly increased due to the fact that the original sample size has been reduced by the elimination of the alternative color of cards. Here, the prediction of drawing a black card is logical and not a fallacy. Therefore, it should be understood and remembered that assumption of future outcomes are a fallacy only in case of unrelated independent events.

◆ If a woman has had 4 children, all of whom were boys, it would be erroneous to assume that the 5th child will be a daughter.

◆ If a certain disease is said to affect 9 out of every 10 people, that does not imply that in a random group of 10 individuals from that area, the same ratio would be observed.

◆ If a company’s share market value has decreased considerably, it would be fallacious to believe that the value would suddenly increase.

◆ Choosing of lottery tickets based on the numbers already played in the previous lottery. Just because a number has won previously, it does not mean that it may not win yet again.

◆ You encounter a few empty roads on your commute to your workplace, and that leads you to incorrectly assume that the next road you turn on to will be choked with traffic.

◆ Avoiding a slots machine at a casino that has recently rewarded its user with a jackpot, due to the misconception that the machine will not yield another jackpot anytime soon.

◆ If you throw two dice and get a certain number twice in a row, it would be wrong to assume that it could not be repeated again.

◆ If a sports player plays exceptionally well for a long period of time, the assumption that he would eventually make a mistake and play badly would be incorrect.

The concept of gambler’s conceit often works hand-in-hand with the gambler’s fallacy while gambling. The conceit makes the player believe that he will be able to control a risky behavior while still engaging in it, i.e., the player will believe that at some point in his winning streak, he may have won enough to control himself, and eventually stop playing. However, this does not always work in the favor of the player, as every win will cause him to bet larger sums, till eventually a loss will occur, making him go broke. This plays in with gambler’s fallacy, as the loss will make the player play till he gets a win. Eventually, both these concepts working in harmony within a gambler’s mind would lead to him losing all his money. 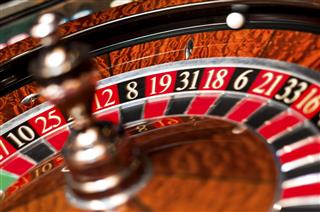 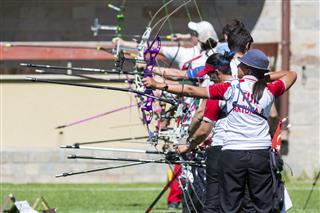 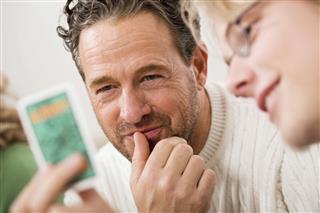 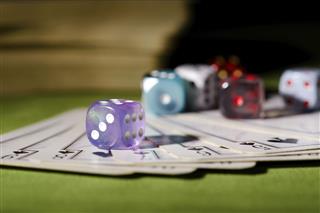