Projective identification is a slightly complex phenomenon that builds on the defense mechanism of projection. In this PsycholoGenie post, we will provide a simple explanation of this theory along with some examples. 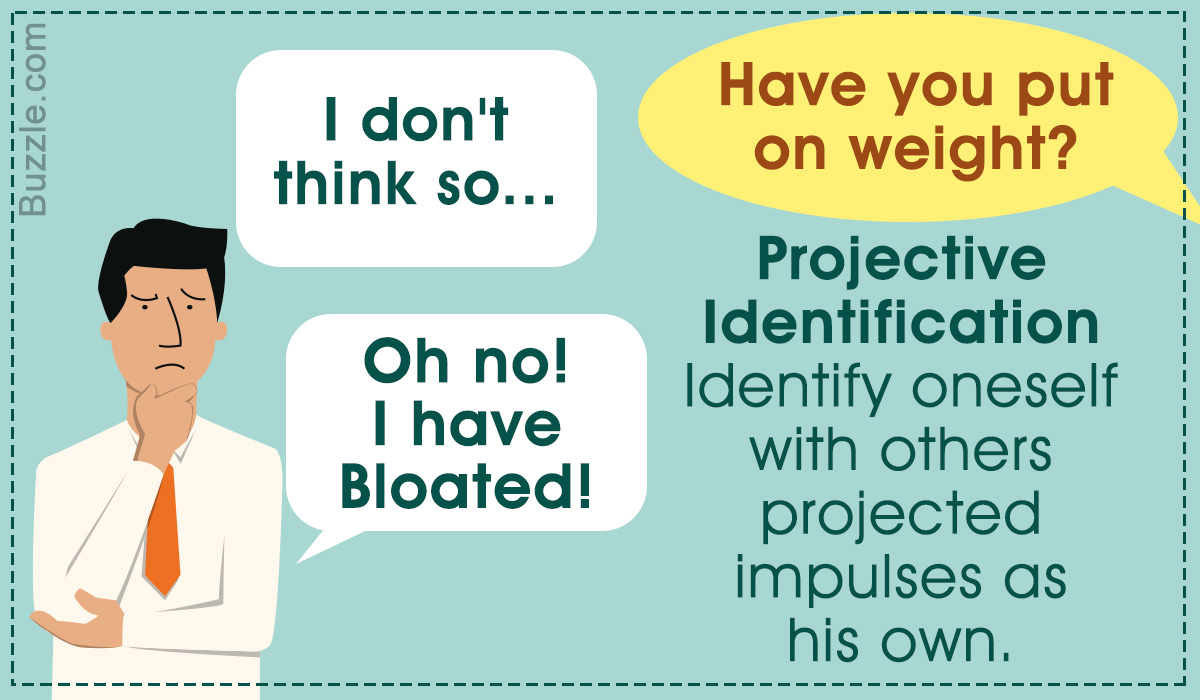 Projective identification is a slightly complex phenomenon that builds on the defense mechanism of projection. In this PsycholoGenie post, we will provide a simple explanation of this theory along with some examples.

Psychoanalyst Melanie Klein first used the term ‘projective identification’ in her work ‘Notes on Some Schizoid Mechanisms’ in 1946.

Human behavior is complex, made up of layers and layers, such that beyond the basic observation of emotions like sadness and happiness, one can’t really fathom what goes on inside the mind of a person. Why are there so many layers to behavior? That’s because our mind is divided into the conscious, subconscious, and the unconscious, and the behavior that we exhibit in our conscious is influenced not only by our observations, but also by the effect that it has had on our subconscious. Which is why, our subconscious encourages us to adopt certain mechanisms to maintain our mental health. These are known as defense mechanisms and they act as coping techniques that are adapted in order to lessen the intensity of anything that is unpleasant, threatening, or unwanted.

In this PsycholoGenie article, we will look through one such, slightly complex, defense mechanism known as projective identification. A study of the same will give you an idea of just how complex human behavior can be.

Let’s say a person has had a bad hairdo and is conscious about it. When he meets people, the first thing he will say is, “The hairdo is not very good, is it?” People might not have even noticed his hairdo, or even if they have, they might not have thought it was necessarily bad. This just goes to show that whatever insecurities he has about his hairdo, and by extension, his looks, have been projected onto others so that they now become their issues.

Projection is carried forth because it is difficult for human beings to criticize their own selves and find faults in their behavior (narcissism, anyone?). So when these impulses are projected onto others, it becomes easier to deal with them, while maintaining a positive self-image.

What is Projective Identification

When projection takes place, it is a personal process, working in the mind of one person, such that, the person on whom the behavior is being projected on, has no idea that it is happening. Projective identification plays on this projection and adds more levels to it. Let’s take a projective identification example to understand this concept better.

Let’s say that Sam is feeling rather conscious because he feels that he has put on weight, but because he cannot admit this to himself, he projects this thought on to his friend, Mike, and convinces himself that it is Mike who has actually put on weight. This would be an example of projection. Projective identification comes in as a two-way process that involves both people. It comes into action when, after having projected his insecurities onto Mike, Sam says “Looks like you’ve put on weight”. Even though Mike may not have put on weight, he will stop to think whether he really has, checking himself in the mirror. If he starts believing that he has, in fact, put on weight, projection identification has taken place. So, whatever has been projected, the other person has identified with it.

When the person identifies with this projection, he goes on to believe in it―as a result of his own insecurities or because the projector dominates the situation to make him believe it―the result of which is, he alters his behavior to fit the projected mannerisms. Such that, ultimately, the projector is able to discard his unwanted, negative aspects onto the projected and have him behave in a manner that the projector can henceforth associate with him alone. The theory therefore includes asserting some form of control over the target and controlling his mannerisms thus.

There are several debates regarding whether the projections that are carried forth by the projector onto a subject are indeed done at a subconscious level. Many psychologists believe that the projector is aware of these projections at some level. The process is thus quite complex and complicated in its workings.

The workings of this phenomenon are commonly observed in relations like parent-child, employer-employee, therapist-client, and lovers.

The concept of Projective Identification has been considered groundbreaking in terms of psychoanalysis, especially in the clinical setting, where a therapist has been able to project positive projections onto the client after having absorbed the negative projections that were projected onto him. It has also been extremely useful in studying interpersonal communication among relations.

✿ Example
A schizophrenic starts believing that he is being observed by the police. As a result, every time a policeman is in the vicinity, he starts behaving in a suspicious manner―hiding behind trees and running away, so much so that the police begin to notice this weird behavior and start getting suspicious that he is associated with something illegal. And thus, they look for opportunities to arrest him―ultimately making his projections true.

✿ Example
A newly-enrolled student is told by her senior that she should opt for subject A instead of B for her specialization, stating that the professor who teaches subject B is a pervert. When the student starts attending the classes, she starts looking for these signs, such that, any innocent gesture is also taken as an act laced with sexual intentions. The student thus drops out of the class and takes up subject A as her specialization, even though she is much more interested in studying subject B. The truth is, the senior has had a crush on the professor and he has never responded because he is gay.

Projective identification is a challenging phenomenon to make sense of because it blurs the lines between who projects and who receives and what the final result is. However, what it does teach us is that we need to take stock of our behavior from time to time―are we in fact molding our behavior to conform to others’ projections?