Confirmation Bias Explained With Examples from Start to Finish

Confirmation bias fallacy is a cognitive bias which makes human beings concentrate on information that supports their beliefs, and neglect or undermine that information which goes against their beliefs. 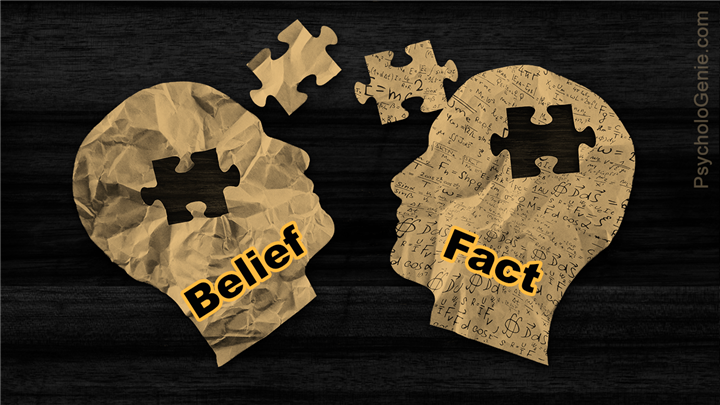 Confirmation bias fallacy is a cognitive bias which makes human beings concentrate on information that supports their beliefs, and neglect or undermine that information which goes against their beliefs.

Believe it or not, man has always been a biased animal. Complete rationality is almost impossible, since we all have something known as ’emotions.’ Confirmation bias is nothing but bias that reflects our tendency to support our viewpoints, or confirm our views, ignoring those which go against it. A thought can have its fair share of pros and cons, however, unknowingly, our mind tries to search for information that affirms to our beliefs. We all wish to defend our decisions, giving justifications. We do not accept new things easily. We are very prejudiced towards change, and hence do not want it easily.

The 2-4-6 experiment that was developed by him was one of the experiments that proved that humans suffered from biases trying to support their own theory, instead of completely and critically evaluating their theory. The participants were told that these numbers conform with a certain rule, and the experimenter had a certain rule in mind that was true in case of three sets of numbers, and to find examples that adhere to this rule. The experimenter had a very simple rule in mind: numbers in ascending order. However, the participants took complicated theories, and did not test whether the theory is false for these numbers.

Thus, when you formulate a hypotheses, you look for clues that confirm it, rather than find information that will criticize it. Thus, when a researcher formulates an opinion, instead of critically evaluating it, he will be in the pursuit of finding theories that support it.

Following are some examples of ‘confirmation bias’.

Usually, scientists tend to test their hypothesis by trying to prove it wrong. This helps in establishing the truth of the inference drawn. However, due to our biased brains, instead of criticizing the theory, the scientist will try to find results that agree with the conclusions drawn by him. This is nothing but confirmation bias in science. Due to this, many results that are drawn and tested are later proven wrong.

Followers of party leaders usually have a deep faith system, hence, they will register the positive points of the leader and proudly speak about them, completely neglecting the negative points, if any. Thus, even when people vote, they might not tend to behave like rational citizens, and not have a fair election system.

“What sets science and the law apart from religion is that nothing is expected to be taken on faith. We’re encouraged to ask whether the evidence actually supports what we’re being told – or what we grew up believing – and we’re allowed to ask whether we’re hearing all the evidence or just some small prejudicial part of it. If our beliefs aren’t supported by the evidence, then we’re encouraged to alter our beliefs.”
― Gary Taubes, Why We Get Fat: And What to Do About It

We usually challenge science and look out for evidences before accepting it as truth. However, in case of religion, we tend to accept preconceived notions without asking questions, or the logic behind any faith. Thus, in religion, we tend to have a lot of confirmation bias.

Any relationship is a completely delicate affair. When in a relationship, we usually tend to undermine things that we want to ignore, and overstate the things which we tend to see or form a conclusion. If you’re having a negative attitude towards your partner, it might happen that you choose to ignore all the good things he/she does for you, and concentrate on the flaws he/she has. On the other hand, if you always see a rosy picture, you might only concentrate on the positive points, completely ignoring some serious problems in his/her behavior. Both can have disastrous effects, since you may either end up damaging your relationship, or continuing a bad relationship only to repent later.

Investors may fall victim to the confirmation bias and make a serious blunder while making an investment. If an investor has a good opinion of a company, he might hold on to its stock, and ignore any bad reports about it. On the other hand, if he already has prejudices of the stocks of any particular company, his mind will search for information that will agree with his opinion, and brush aside any positive reviews.

The media usually tries to influence our minds by giving powerful and strong points to formulate an opinion. Any other evidence that might go against that thought is usually undermined, or not reported. Bombardment of such strong opinions make us prejudice, and we accept the reports of the news channels without challenging the authenticity of the information.

Using confirmation bias is indeed a clever marketing technique. While marketing any product, companies will explain the grandeur or the positive points of any product, which will be proved once the consumer uses that product, and confirms it. The truth is, there might be some features of the product that might be common, and might usually go unnoticed by the consumer. Thus, the customer already has formed a good opinion of the product, and all he does is collect evidence to confirm the information. In that pursuit, he may sideline some negative traits of the product. Thus, simply exhibiting and proudly proclaiming any positive thing about the product wins half the battle for the marketer.

How to Avoid Confirmation Bias in Research

◾ Be receptive and open to criticism.
◾ Challenge your thoughts.
◾ Ask for opinions from outside, and collect information from diverse backgrounds.
◾ Try to think from different perspectives.

We must accept that almost all of us suffer from this cognitive bias. However, it might have disastrous effects in some cases. Hence, you must be vigilant, and try to be informed before taking any leap of faith.