Summary of the Little Albert experiment is presented in this PsycholoGenie article. This experiment was based on the concept of classical conditioning. It was conducted by John B. Watson and his assistant Rosalie Rayner, and involved the process of evoking a fear response in a 9-month-old baby named Albert. 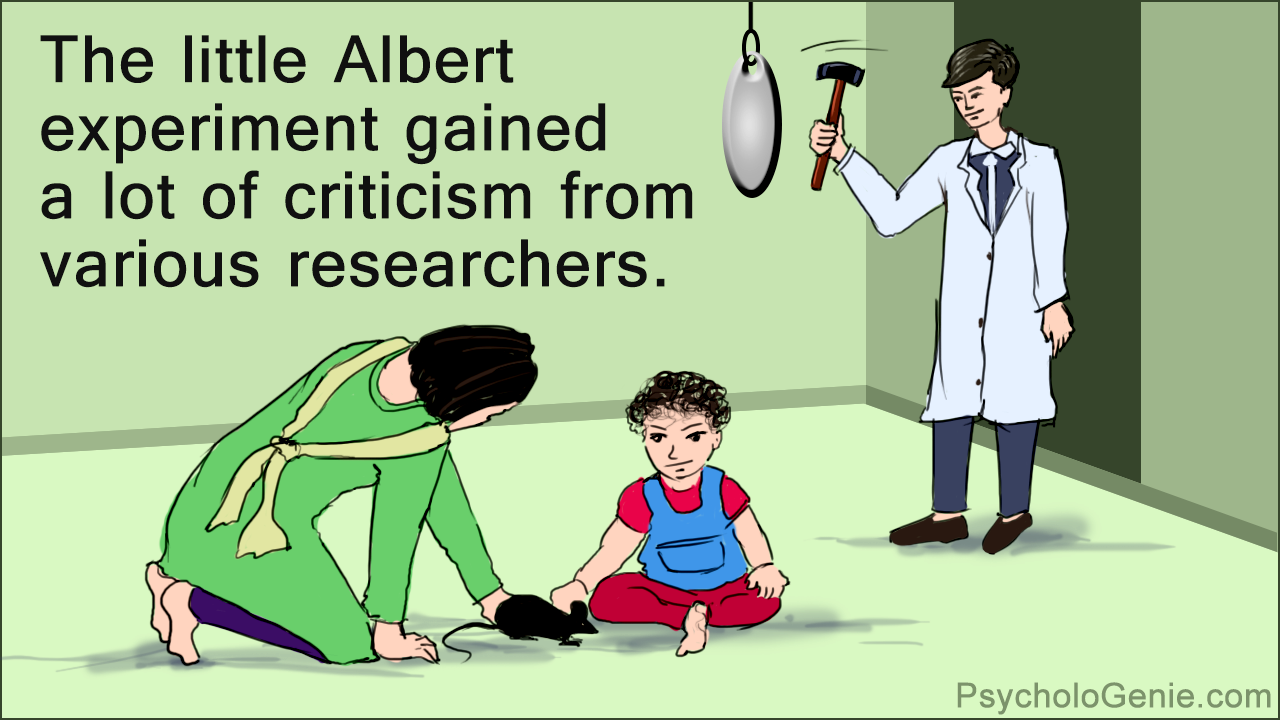 Summary of the Little Albert experiment is presented in this PsycholoGenie article. This experiment was based on the concept of classical conditioning. It was conducted by John B. Watson and his assistant Rosalie Rayner, and involved the process of evoking a fear response in a 9-month-old baby named Albert.

Albert was the first and last child to have been subjected to a psychological experiment, which involved the process of evoking a fear response. Since an experiment involving inducing fear in the mind is unethical, such an experiment would not have been allowed in today’s world.

Ivan Pavlov, a physiologist from Russia, had conducted experiments on dogs, that demonstrated the conditioning process in them. Inspired by the success of the experiments by Pavlov, John B. Watson began studying the process of conditioning. The objective behind conducting the experiments was to test whether conditioning of emotional reactions in humans could be brought about.

It is said that Watson may have conducted the conditioning experiment on Albert, despite knowing that he was mentally impaired. Whether or not Watson took the baby’s mother’s permission before conducting the experiment, is a matter of debate.

Methodology of the Little Albert Experiment

The objective of the experiment conducted by Watson was to induce phobias in an emotionally stable child, through the process of conditioning.

Criticism of the Experiment

The Little Albert experiment has been criticized on the basis of observations made by some of the researchers who investigated the matter. According to Harris (1979), a critical study of reports of the experiment conducted by Watson and Rayner reveal that the baby, Albert, did not develop rat phobia. There is little evidence to suggest that the sight of these animals evoked a fear response in the child.

As per Alan Fridlund, an associate professor of psychology at the University of California, the reactions of the baby, as seen in the original film, seemed odd. When the baby saw a dog and a monkey, before the conditioning experiment, his behavior was markedly unresponsive. Fridlund believed that such unresponsive behavior could not be observed without the baby suffering from some neurological problem. The above observations raise doubts about the whole idea of conducting a conditioning experiment, since the baby was not healthy.

The Little Albert experiment is one of the most controversial experiments in the history of mankind. It must have had a deep impact on the functioning of the mind of baby Albert.

Hall P. Beck, a psychologist at the Appalachian State University, had stated that Albert was not the real name of the baby on which the experiment was conducted. In fact, his name was Douglas Merritte. It is reported that the boy died at the age of 6, in 1925. He suffered from hydrocephalus in his last days. The evidence of Albert suffering from congenital hydrocephalus was established when medical records were obtained from the John Hopkins University.

As per historical evidence obtained about the medical practices followed in olden days, using poor and sick infants for experiments was commonplace. Therefore, it is quite possible that Albert’s mother, a poor nurse, was forced to make the boy available for experiments.

The truth about the Little Albert experiment, even today, is clouded in mystery. This is because, in the course of time, the facts associated with this experiment got distorted and misinterpreted. Irrespective of what people say about the experiment, the idea of carrying out mental conditioning to evoke fear response in a 9-month-old baby is something one would not support.