The Diverse Types of Response Bias Explained With Examples

Response bias is a type of bias which influences a person's response away from facts and reality. This bias is mostly evident in studies interested in collecting participants' self-report, mostly employing a questionnaire format. A survey is a very good example of such a study, and is certainly prone to response biases. PsycholoGenie explains the different types of response biases, and illustrates them with simple examples.

Response bias is a type of bias which influences a person’s response away from facts and reality. This bias is mostly evident in studies interested in collecting participants’ self-report, mostly employing a questionnaire format. A survey is a very good example of such a study, and is certainly prone to response biases. PsycholoGenie explains the different types of response biases, and illustrates them with simple examples. 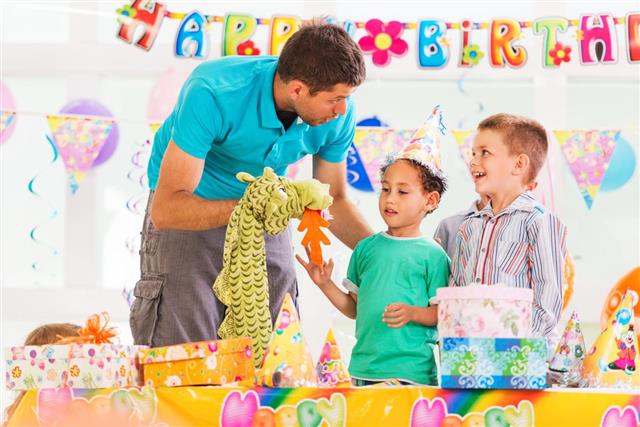 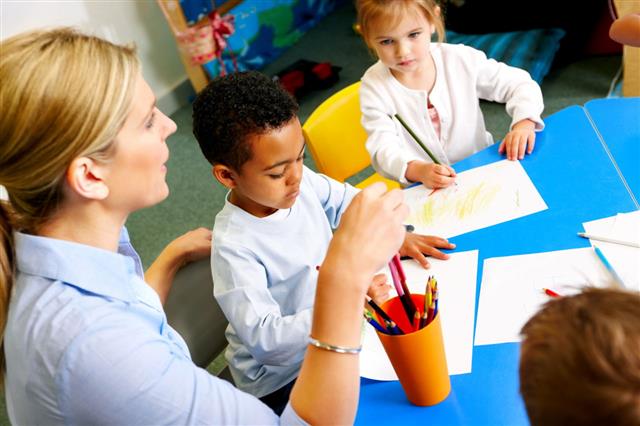 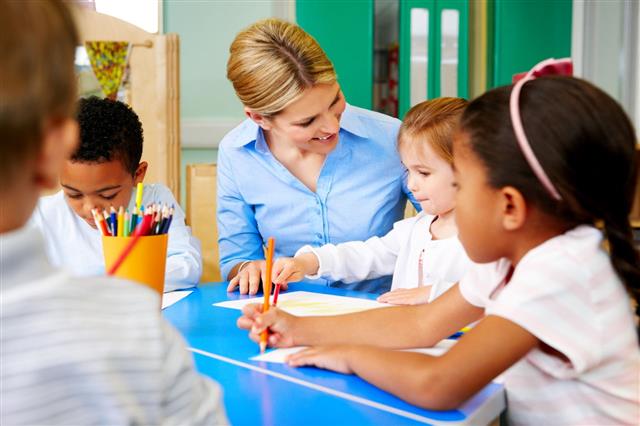 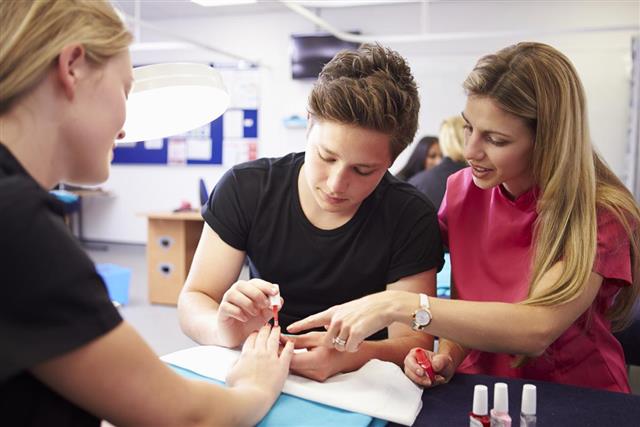 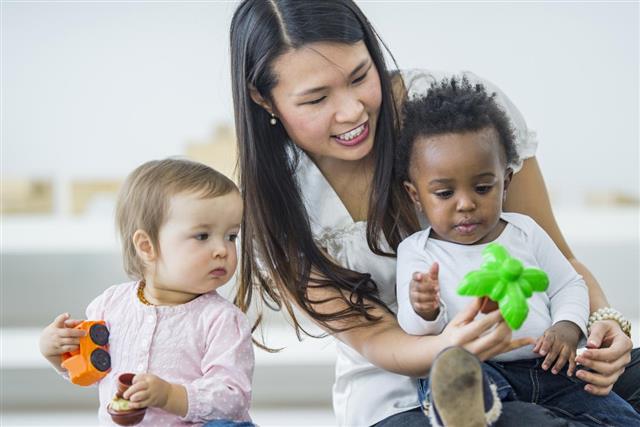 This shouldn’t be confused as the opposite of response bias. Non-response bias is not a cognitive bias, and is evident in statistical surveys wherein the responses of participants vary from the potential responses of those who didn’t respond.

The concept of response bias originates from psychology where it is categorized under cognitive biases. Cognitive bias simply means deviation from logical thought and judgment; this type of bias occurs especially when people try to behave in a socially desirable manner. Coming back to response biases, these are as said above, mostly seen during instances where people are asked to report their own behavior by the medium of a questionnaire.

Such biases have a great impact on the validity of the testing instrument (questionnaire), and could lead to inappropriate results and conclusions. Although the reliability (consistency in results) of such tests is comparatively higher, response biases hamper their validity (sole purpose of the test) and hence yield partial results.

Researchers should therefore be aware of these biases beforehand, and should take suitable measures to avoid them.

As the name suggests, acquiescence bias is the type in which a respondent tends to agree to all the questions in the questionnaire. This type of bias is likely to result in untruthful reporting as the participant might agree with two contradictory responses. For instance, if the questionnaire has a question – “Are you a very bubbly and social person?”, and another one – “Would you prefer reading a novel to attending a party?”. If the participant agrees in both cases, he/she is subject to the acquiescence bias.

This type of bias has been reasoned in two major ways. First – the bias could emerge when a participant tries to be agreeable or compliant in order to avoid displeasure or disapproval of the researcher. However, this view was strongly criticized by the American educational psychologist, Lee Cronbach who proposed a second justification to this bias. According to Cronbach, this bias emerges more from the active cognitive (mental) processes of the participant and less from the motivation to please the researcher. His version suggests that as a participant thinks upon a question, he tries to dig out information from his/her memory to support the endorsement of a statement.

To illustrate Cronbach’s theory, let’s consider the two questions used above. “Are you a very bubbly and social person?”. The participant may agree to this as he is truly an extrovert and enjoys attending social gatherings and chitchatting. The second question however, contradicts the first – “Would you prefer reading a novel to attending a party?”, In this case, the participant thinks of an event wherein he wasn’t in a mood to attend some party and hence resorted to reading a detective novel. This makes him endorse the second statement as well.

The above bias could also occur in terms of disagreeing or denying statements.

In this type of bias, the response of participants is simply influenced because they are a part of a study. To make it even simpler, the participants when in an experiment might adopt behavior they believe is correct in an experimental setting and not be themselves. There are several possibilities which could lead to the emergence of this bias. Firstly, if a participant tries to figure out the hypothesis being tested, he/she might alter his/her behavior in an attempt to support the hypothesis. For example, let’s say a college student is invited to be a participant to a certain study, the participant with the curiosity of why he’d be tested, finds out the hypothesis of the study and goes through the study with this information at the back of his mind.

Finally, a third reason for this bias could be the prior experiences of the participant of being in such an experiment or rumors about the experiment lead to a certain level of preoccupation in the participants’ minds, and they take the test while trying to confirm to the things they know about it. For instance, if Robert has attended a similar study before, he might try and relate things from the previous study to the current one. Similarly, if he has heard rumors about the current study, he might try to confirm those when participating

Quite clear from the name itself, extreme responding refers to giving extreme answers to questions – extremely negative or extremely positive. This is mostly evident in case the questionnaire offers a scale which expects the user to rate a certain aspect. Most of us do answer such questions wherein we have to rate or give feedback on a scale of 1-5, 5 being the highest; star-ratings are a good example of this type of questionnaires.

Several reasons could contribute to this bias, the first being cultural influences. Researchers have found that certain cultures are more prone than others to be affected by this kind of bias; these include people from Middle East, and Latin America. However, people from East Asia and Western Europe are less likely to be affected by it.

The exact opposite of this bias is neutral responding, wherein a subject may not be very serious about giving the test and would simply check neutral answers to speed up.

This type results in the participant providing socially desirable, and hence fake answers to sensitive questions. Questions that hint anti-social behavior, for instance “Do you feel it is alright to consume drugs occasionally?” is a question that would surely force the participant to give a negative answer, mostly the one that denies his/her involvement in such an activity.

This bias can affect in both ways; in places where a certain phenomenon or concept is appreciated, participants are likely to over-report, or give extremely positive answer and vice versa. The social desirability bias can prove detrimental to the validity of the test being conducted and can severely hamper the results.

To conduct a just and minimally biased experiment/test, researchers should take certain precautions. Following are several methods to tackle these four response biases.

Rephrase questions to create balanced response sets. In simple terms, to recognize the hypothesized phenomenon, half of the questions should require a positive response and vice versa.

Prevent participants from discovering the hypothesis being studied; this can be achieved by the means of deception, wherein the researcher tells the participant/s about one or more aspects of the study which could be associated but isn’t the sole aim.

The researcher or the person conducting the experiment should be trained to stay neutral throughout the experiment, and avoid projecting an experiment-like attitude. A modern approach to introduce complete neutrality is to administer the test via a computer.

Rephrase the questionnaire such that there are forced-choice (either yes or no) questions as well as questions allowing a neutral response. For instance, a forced-choice question could be, “Are you of the opinion that cigarette smoking to a certain extent is okay?”. Whereas a similar question with a neutral response could be, “Even occasional cigarette smoking can prove injurious to health”.

Instead of a random participant, the researcher could approach a person who is close to him/her and knows him/her well. This could help minimizing the demand characteristics bias.

Another way to tackle demand characteristics bias is to give the participant a post-experimental questionnaire which contains items inquiring about how much the subject knows about the hypothesis of the study.

Always remember that minimizing biases would help make the most of the study and yield more valid and reliable results.