Sertraline Side Effects in Women

Sertraline is an antidepressant drug used for treating various disorders. Just like all other drugs, it has a few associated ill effects, which need to be noticed in order to avoid complications.

Sertraline is an antidepressant drug used for treating various disorders. Just like all other drugs, it has a few associated ill effects, which need to be noticed in order to avoid complications.

A chemical imbalance in our brain can result in many mental problems. Serotonin is one of those chemicals that is produced in the central nervous system and plays a very important role in transmitting signals between nerve cells, hence it is also called a neurotransmitter. Any sort of an imbalance in the serotonin levels may result in a mood change. This chemical imbalance hinders the process of communication between nerve cells, which directly affects the mental health of the person.

To get rid of this problem and to get your nerve cells back to their working condition, selective serotonin reuptake inhibitors (SSRIs) are used. One of the most recommended and FDA (Food and Drug Administration) approved drug under this category is sertraline, which is also known as zoloft. Sertraline alters the levels of serotonin and helps the brain to function properly. It is used for treating mental problems caused due to chemical imbalance. These problems include depression, panic disorder, obsessive-compulsive disorder, anxiety disorders, attention deficit hyperactivity disorder (ADHD), premenstrual dysphoric disorder (PMDD), post-traumatic stress disorder (PTSD), etc.

Though this drug is FDA approved, some people show severe side effects, which need to be observed and treated as soon as possible to avoid life-threatening conditions. These ill effects may not be observed in all people taking this drug, as it totally depends upon the body’s response to a particular drug. In the following passages, we are going to discuss the side effects of sertraline observed in women.

Side Effects of Sertraline in Women

► Gastrointestinal Problems
The person may experience some gastrointestinal complications, like nausea, vomiting, stomach upset, diarrhea, loss of appetite, etc. Researches reveal that nearly 25% of people experience diarrhea as the side effect of this drug.

► Sexual Side Effects
This is one of the most common fallouts of sertraline in women. It may decrease the sexual desire and may also cause a difficulty in achieving orgasm. Sexual side effects are also common in men. In rare cases, it may lead to impotency.

► Suicidal Thinking
It is found that sertraline can increase the suicidal tendency in adults as well as children. This drug is hence recommended only for those children who have obsessive-compulsive disorder. It is very dangerous for adults in the age group of 18 to 25.

► Akathisia
The person may suffer from akathisia, a condition in which the person cannot stay still at one place. He/she may feel restless, tensed, and nervous for no reason.

► Weight Loss and Weight Gain
Many women may lose up to 2 to 3 pounds of weight, whereas a few others may gain weight after taking this drug.

► Birth Defects
Intake of sertraline at the time of pregnancy may lead to some birth defects in the baby. Mostly, it shows cardiac problems in the baby. It is also observed that if a very small quantity of sertraline goes to the baby through breastfeeding, it may result in some serious complications.

► Side Effects Due to Withdrawal
There are a few fallouts observed due to the withdrawal of sertraline. It is caused either when the treatment is stopped or the dosage is reduced. Dizziness, nausea, diarrhea, anxiety, headache, insomnia, shocks, visual disturbances, tremor, fatigue, irritability, tremor, etc., are some of the symptoms observed.

Overdose of this drug should also be avoided, as it can lead to many life-threatening conditions. Some of the symptoms of overdose are nausea, vomiting, increased heartbeat, tremor, seizures, coma, fatigue, insomnia, palpitations, etc.

If you suffer from some serious problems, like kidney or liver problems, then consult your doctor before taking this drug. It should be taken strictly on medical prescription. Avoid the intake of alcohol or any type of sedative so as to avoid complications. Hence, if you observe any side effects, like the ones mentioned here, then consult a doctor immediately to treat it in the initial stages itself.

Disclaimer: This PsycholoGenie article is for informative purposes only and should not be used as a replacement for expert medical advice. 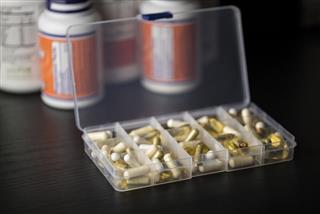 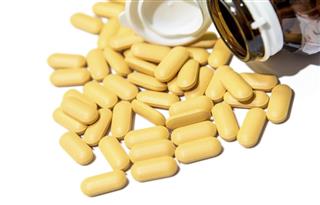 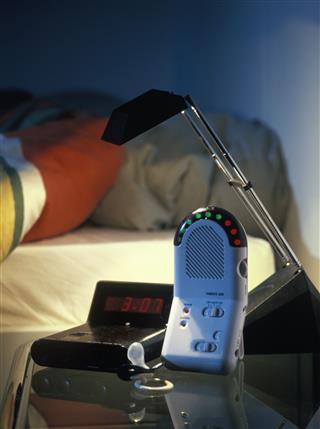