An Overview on the Reciprocal Determinism Concept With Examples

Albert Bandura put forth the concept of reciprocal determinism, which purports that not only does the environment influence the person, but the person also brings about a change in the environment.

Home / Uncategorized / An Overview on the Reciprocal Determinism Concept With Examples 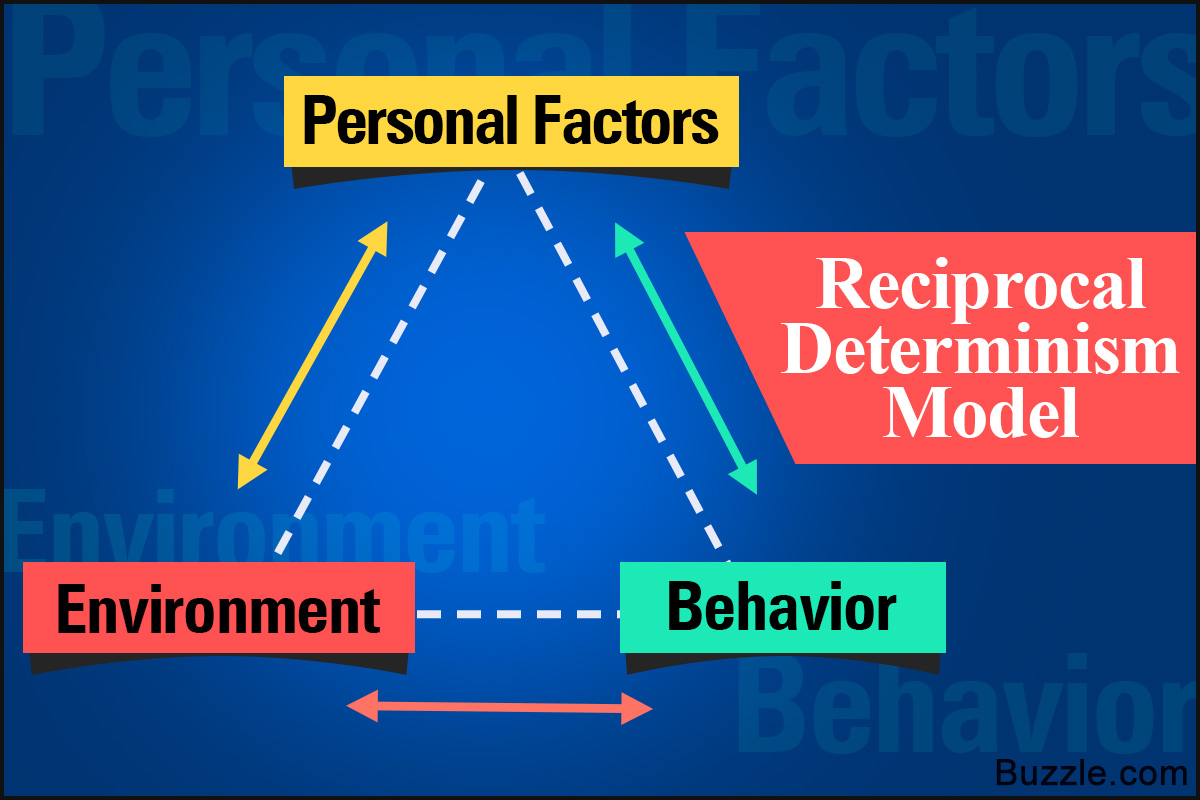 Albert Bandura put forth the concept of reciprocal determinism, which purports that not only does the environment influence the person, but the person also brings about a change in the environment. 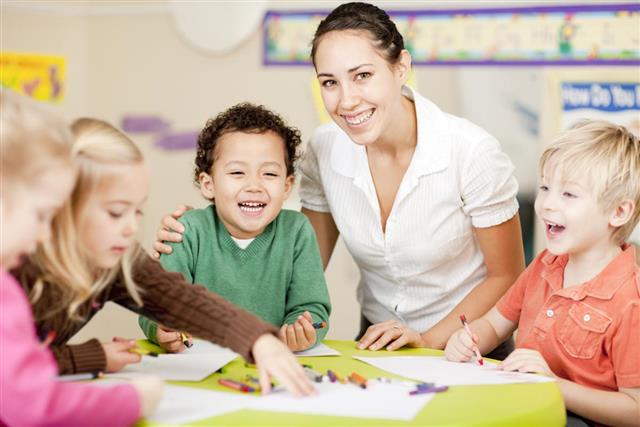 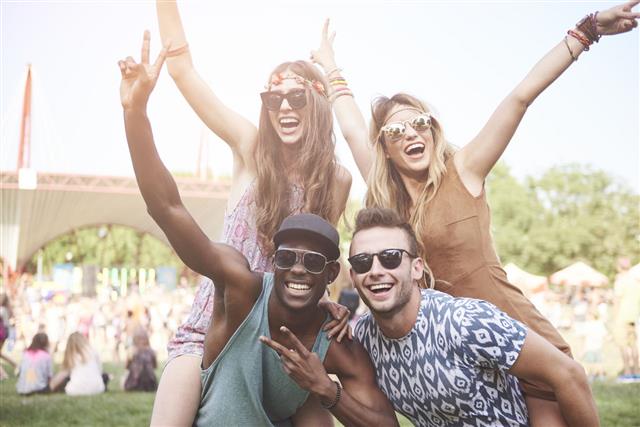 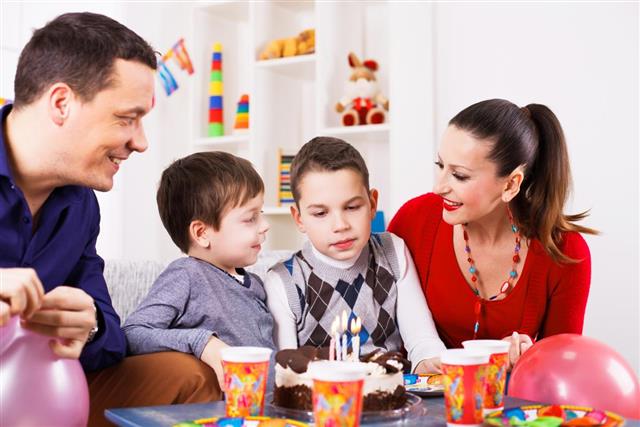 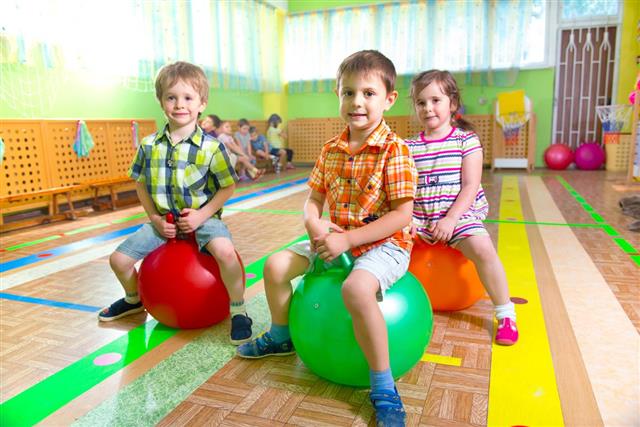 Loud music like heavy metal is believed to put a person in an agitated state of mind, whereas soothing music enables the person to take decisions in a calm and rational manner.

Have you ever wondered what makes us behave the way we do? Why we like to catch up with our friends after work, or get irritated at being stuck in traffic? For many, these ‘questions’ may not even seem like something that needs to be thought about. They may just be a part of normal behavior. However, have you ever given a thought to what drives our behavior, and about its subsequent consequences? This is exactly what the theory of reciprocal determinism explains.

An Overview of the Theory

Albert Bandura, a renowned psychologist, put forth the brilliant concept of reciprocal determinism. He describes it as―a person’s behavior is both influenced by and influences his/her personal factors and the environment.

Thus, there are three main factors that are dealt with in this theory. They are known as triadic reciprocal causation.

Determinism is the theory that portrays that a person’s actions, behavior, or decisions are just an outcome of the events that have happened in the past. This means that our actions are just reactions to what has already happened. The way we behave today is just a reaction to past events. He agreed with the theory of determinism that our behavior and actions are a causation of past events, but he was also of the opinion that the environment is caused or affected by our behavior as well.

★ Imagine a person who does not wish to work in a particular firm (personal factor), but the circumstances are such that he/she cannot leave the job. This will make him/her dislike the work and may also result in poor performance (behavior). In return, this will result in the person acting inappropriately, making his colleagues/superiors dislike not only his/her work, but the individual as well (environment). It will only make the situation worse for both the parties. Hence, both social and physical behavior will create a more restrictive environment and lead to further behavior disorders.

★ A school student loves to draw (personal factor). He/she will pay attention to the art lectures and create beautiful drawings. This will earn him/her praise from the teacher and adoration from fellow students (environment), making him/her create even better drawings (behavior).

★ Another example is of a child talking loudly in class because he/she is bored (personal factor). When the teacher reprimands the child (environment), he/she may either stop talking or become rebellious by talking even louder (behavior), in which case, the teacher may send the child to detention or to the principal’s office.

★ A child does not like a particular subject, so he/she will not study it (personal factor). This will lead to getting lower marks in the exam, which will lead to the child being at the receiving end of his parents’ and teacher’s reprimands (environment). This will make the child not want to study that subject even more, and he/she may also begin disliking the teacher (behavior), creating further problems.

★ Experiment
Albert Bandura was interested in the study of aggression in children. The Bobo doll experiment is the most widely-acknowledged experiment conducted by him. For this model, Bandura used a visual aid, a video which had one of his students beating a Bobo doll, which is an inflated toy with some weight put at the bottom of it to pop it back up when hit. The video showed a woman hitting, kicking, screaming at the doll, and knocking it, displaying various levels of aggression. Bandura showed this film to some kindergarten children.

★ Outcome
After watching the film, the children were taken to a playroom, which had the Bobo doll. Bandura was not at all surprised to see them imitate the woman from the video. They punched, kicked, smashed, and sat on it, blowing it completely. Observers were astounded to see children behave so violently at such a young age. Also, this behavior was being carried out by the children without getting any incentives in return. They were simply imitating the woman in the video.

★ Conclusion
Albert Bandura believed that the aggressive behavior displayed by family members was more harmful than anything else. He purported that children imitated their parent’s passive-aggressive behavior while dealing with their friends. His ideology was to treat and diagnose the problem in the person’s childhood itself. Care must be taken during the upbringing of a child, as this determines the child’s temperament in the future.

Man has the ability to change personal factors and also change the environment. Change is constant, as everyone knows. The doctrine of reciprocal determinism justifies that a person is capable of weaving the present, so as to make a smooth way to his/her future. The world will be better to live in if we have the power to make it the way we want it to be. Of course, without challenging the laws of nature. 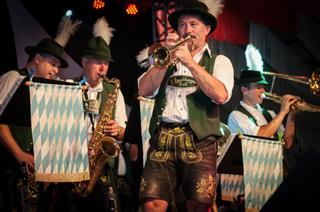 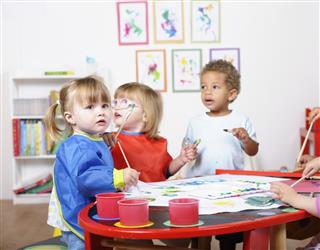