How Does Fear Affect the Human Body?

Fear is a negative thought that is provoked when an incoming threat is perceived by the body. The response is different for each person and every situation, but it originates in the mind and the effects show on the body. This article delves deeper to find how the human body responds to fear.

Home / Uncategorized / How Does Fear Affect the Human Body?

Fear is a negative thought that is provoked when an incoming threat is perceived by the body. The response is different for each person and every situation, but it originates in the mind and the effects show on the body. This article delves deeper to find how the human body responds to fear. 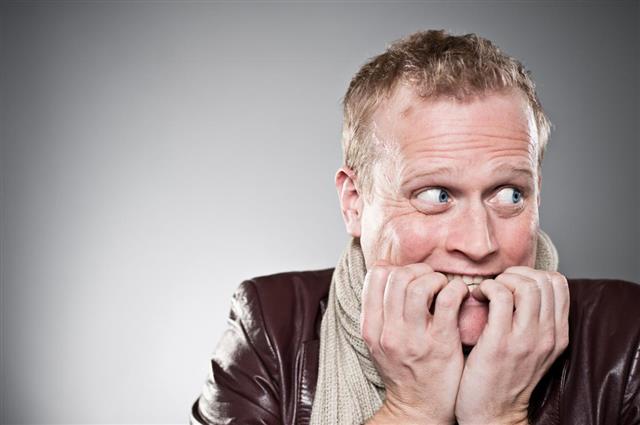 How does it affect the body? The general perception is; heart palpitation, unexplained sweating, clenching of the fist and teeth, change in eye movements and face expressions and a numbed thought process. These effects are observed by all of us when we sense a dangerous stimuli. It is one of the negative emotions and is described as the survival mechanism used by the body when it perceives threat.

When the mind senses dangerous stimuli, the negative feeling of fear is provoked in the mind. The feeling you experience when someone screams loudly in your ears or when exams approach is altogether different from the above symptoms! You would definitely experience negativity, that will show some effects on the body. Also, I would like to mention, there is a difference between fear and phobia, as the latter is excessive and unrealistic fear of something.

Consequences of Fear on the Human Body

We all fear something or the other. Even if you think you are unafraid, a sudden provocation from a friend or sudden appearance of a ghost (a false ghost) in the midnight will scare the hell out of you. According to studies, fear of spiders, cockroaches, height, water, enclosed spaces, needles, tunnels, public speaking and terrorism are some of the most common ones among the general community.

A look into the ‘little Albert experiment’ of John B. Watson, reveals that fear can be conditioned into a person’s mind through exposing him to the repeated events. It is also provoked when the person sees dangerous consequences of an event on others and knows that he has to go through a similar experience. Bad events of the past condition the mind of the person to be scared of a particular thing or event.

For example, if a person had closely survived a fall from a tall building, and was hurt badly, he will be scared of height in the future. Some of us have innate fear of certain things. Did you know that it is also categorized, a severe case of fear being paranoia, which is classified as a psychological disorder and can also affect the behavior of the person. The symptoms of paranoia differ from person to person, the chief symptom being delusion.

Brain is the controlling structure of human existence. Amygdala, located in the temporal lobes of the brain, is the key brain element that controls the processing of negative emotions. Rapid changes are observed in this structure when the body is exposed to the stimuli it fears. There are also other brain structures that show response when exposed to fear.

The response shown by the body is controlled by another structure called autonomic nervous system. These changes in the amygdala and other brain structures are reciprocated by the body through the common signs; goose bumps, increased heartbeat rate, sweating, elevated blood pressure, insomnia, difficulty in digestion, increase in the frequency of urination, are the visible effects on the body. Constant fear and living under stress also affects the mind negatively giving invitation to a whole lot of diseases.

It is one of the negative emotions that is in the mind and is easy to beat. Fear is natural to humans, but let it not affect your mind, as it is nothing but the body’s natural response to stimuli. It can be quite difficult to cope with extreme cases of fear, those which are classified as phobias. But even overcoming phobias is not an impossible thing. Conditioning the mind, meditation and counseling are some of the best ways to overcome fear and phobia of any kind.