A Case Study: Explanation of the Pygmalion Effect With Examples

Pygmalion effect is a self-fulfilling prophecy about how ours and mostly other people's thoughts and actions towards us, influences our productivity.

Home / Uncategorized / A Case Study: Explanation of the Pygmalion Effect With Examples

Pygmalion effect is a self-fulfilling prophecy about how ours and mostly other people’s thoughts and actions towards us, influences our productivity.

The difference between a flower girl and a lady is not in the way she acts, but in the ways she is treated.
― Eliza Doolittle, My Fair Lady

Pygmalion in Ovid’s Metamorphoses (Book X) was a sculptor in Cyprus. He carved himself a woman who was an epitome of beauty, and he called her Galatea. Impressed by his love, belief, and devotion towards this ivory sculpture, Aphrodite brought her to life.

In George Bernard Shaw’s play, Pygmalion, Colonel Pickering (linguist of Indian dialects) bets Professor Higgins (phonetics scientist) to turn a cockney-speaking flower girl (Eliza Doolittle) into a poised and well-spoken lady. With great perseverance, Eliza passes the test and fools many people into believing that she was a blue-blooded Duchess.

Robert Rosenthal, a psychologist, sets out to prove his belief about his research. Research and hard work of the psychologist gave his study another name―the Rosenthal effect. He believed, ‘When we expect certain behavior of others, we are likely to act in ways that make the expected behavior more likely to occur’.

Rosenthal experimented with some rats. He took a few random sample rats, gave them to the first group of students, and informed them that the rats were selected and could show results in navigating their way across the maze.

After a few days, when the experiment commenced, the rats confirmed Rosenthal’s predictions. He had predicted that those rats which received encouragement rose up to their expectation and performed well in the maze, while those who were neglected, did not.

Likewise, experiments on humans were conducted in a school, which led to similar results.

People are significantly influenced by the expectations that are built upon them.

Pygmalion Effect in the Workplace

Managers, superiors, or bosses play an important role in influencing the work output of their employees. By motivating, encouraging, and expecting better from their juniors, they can improve the productivity.

For example, if an employee is truly capable, but is not reaching his/her true potential, a little encouragement from his boss or management can make the employee feel valued, comforted, trusted, and safe. Here, the boss plays the role of Pygmalion and puts forward a path for the employee, which is both ambitious as well as realistic; the employee begins to develop a positive behavior towards his reinforcement, and he will do as expected or even better than imagined.

When Rosenthal conducted an experiment at school, he gave the teacher names of some random students. The teacher was informed that those students were showing potential for growth. A couple of months later, when all the students were tested, these select students showed better scores than the rest.

If you think your students can’t achieve very much, are not too bright, you may be inclined to teach simple stuff, do lots of drills, read from your notes, give simple assignments calling for simplistic answers.
― Rhem, 1999

We see ourselves through others’ perspective. A person who is believed to be worthless has a negative perception about himself. He will not apply himself to his true potential. In fact, he will live in the limited parameters that he and others have built for him. But, if he is trusted with some responsibility, faith, and positive encouragement, he will begin breaking out of those walls and see himself under a perspective. He will also begin to apply himself and will be able to achieve the goals that have been set.

We have often witnessed this effect in our daily lives as well as in the movies. A coach goes to a great extent to encourage his player; similarly, we have seen many parents motivating or demotivating their children. Pygmalion effect or the Rosenthal effect works in a vicious cycle. Our self-image influences our actions towards others, which impacts how others feel about us. This causes or influences their behavior towards us, which reinforces our self-image, thus, fulfilling the self-fulfilling prophecy. 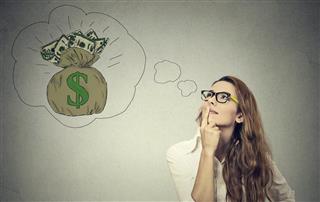 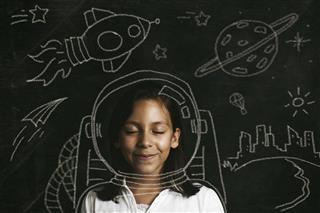