On Learning to Say No: The Inoculation Theory Explained With Examples

The inoculation theory informs us about how to strengthen our existing attitudes and beliefs, and resist attempts of persuasion. The theory, given by social-psychologist William J. McGuire is explained with the help of examples.

Home / Uncategorized / On Learning to Say No: The Inoculation Theory Explained With Examples

The inoculation theory informs us about how to strengthen our existing attitudes and beliefs, and resist attempts of persuasion. The theory, given by social-psychologist William J. McGuire is explained with the help of examples.

It studies human thoughts, behavior, feelings, or largely social interactions, their origins, and the effects on an individual.

How would we react if someone told us that brushing our teeth everyday is not a very good idea? We would most probably ignore that person. But what if he went on to convince us that it really isn’t a good idea? Sounds impossible, right?

In the 1960s, social-psychologist William McGuire established, through his papers, that it is not very difficult to change attitudes of people, especially attitudes about certain things that are never questioned and have always been accepted to be true. It also came forth, thus, that people hardly have any practice in refuting attacks on those attitudes and beliefs which were never doubted before. Based on this, McGuire took his study further, culminating into the inoculation theory.

The inoculation theory informs us how to strengthen our existing attitudes and beliefs, and resist attempts of persuasion. Attitude inoculation is the refusal of strong and persuasive arguments. This is done by opposing the weaker versions of the same arguments.

He used the medical inoculation analogy to exemplify the theory. The word inoculation is alternatively used for vaccination or immunization. Inoculation exposes our body to a weakened virus, so that our body reacts with the production of antibodies. It can also be termed as artificial induction of immunity against different infectious diseases. Inoculation means introducing an idea or an attitude into someone’s mind. So, with this reference, we can understand how inoculation imparts resistance. The theory is also seen elaborating resistance to influence. It gives ways of resisting persuasion.

Like in medical science, a weak version of the threat or weakened virus is injected in the body, to resist stronger attacks in future or infections.

In attitudinal inoculation, a weak version of the threat or a counter-attitudinal message is employed, to strengthen the mind against future stronger attacks or persuasive-messages.

In order to prevent giving into persuasion, strengthening of one’s original attitudes and beliefs is essential. A warning about the imminent danger or persuasive attack should be given to the receiver. For that, a possibility of threat is created and realized, which initiates defense of future attempts of persuasion. McGuire believed that mere counterarguments to the receiver’s attitude would not suffice. It has to be a potent threat or a real risk that would encourage deeper belief in preexisting attitudes, and prepare the individual to resist any real persuasion in the future.

– Attitude inoculation is observed to reduce the number of teenage smokers drastically. Health campaigns for young adults are another instance. Even a small amount of attitudinal change in them proves to be a step further in resisting unhealthy behavior, and adopting a safe and healthy lifestyle.

– Role plays are conducted at schools, colleges, or even for the masses by different social platforms. Adolescents are given situations where they are a offered a cigarette, and refusing to smoke caused their peers to bully them. Being a live act, it helps in actualizing the concept of introducing a real-life threat that goes beyond a mere counterargument. Students enacting the roles themselves build a better defense for insisting on their preexisting beliefs.

– Warnings are the best and simplest forms of inoculation. This kind of inoculation has helped develop resistance to pressures on adolescents to smoke.

– Anti-alcohol intervention programs for adolescents are based on many techniques, including inoculation. This results in youngsters getting a better understanding of the persuasive strategies used in advertisements, a more critical approach towards the advertisers, and a greater possibility of not drinking in the future.

– Refuting persuasion from credit card marketing policies, especially directed towards college students, is another example. This enlightens them about the attractive, but crude or sometimes fictitious offers extended to them.

– Inoculation is also understood to be a great attribute during debates over critical issues. Besides, it also influences or shapes public opinion to some extent.

– Attitude inoculation has been established by the scholarly as a feasible political campaign strategy.

– The theory works well with fortifying people’s attitudes over various issues, such as whether to legalize marijuana or not, banning of handguns, restrictions on broadcasting violence on television, etc.

The theory has its weaknesses too, but it has generally proved to be a major success. Researches and experiments applying the theory have shown positive inferences. 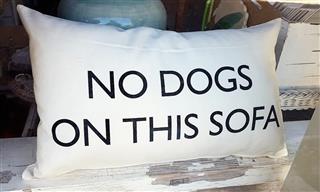